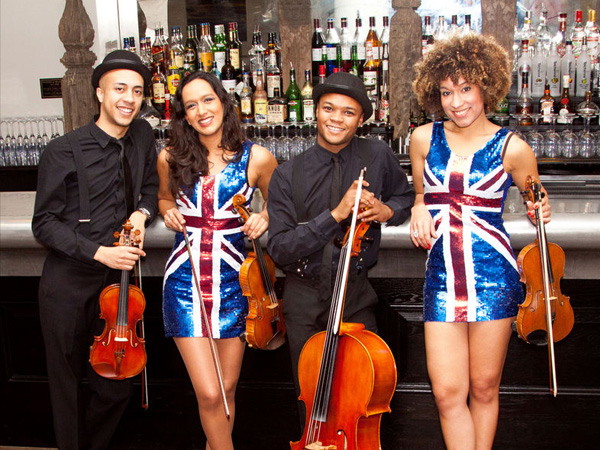 By enriching the classic string ensemble, soulful string arrangements and funky rhythms are combined to create a fresh modern sound. Their diverse and stylish musicians are comprised of celebrated professional players of international acclaim. Available in a variety of line-ups, USO can easily tailor to each client’s needs providing the perfect option for multiple-music entertainment requirements.

USO was founded nearly 20 years ago by Stephen Hussey, arranging and recording strings for pop artists such as Kylie, Madonna, Grace Jones, Groove Armada, Mick Jagger, Robert Miles, Maxi Priest and more recently Leona Lewis, Keane and The Script. Oasis invited USO to arrange their second album ‘(What’s the Story) Morning Glory?’ for string quartet and perform at their album launch. USO was then asked to do the same for Mariah Carey’s Christmas party. Since then USO have been delighting audiences at exclusive events both in the UK and internationally.