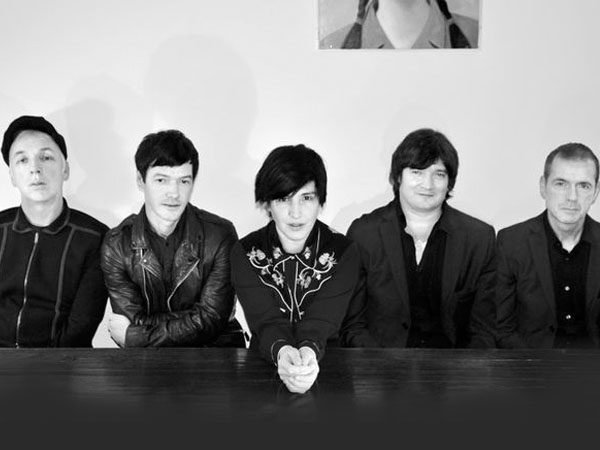 Texas, the Glasgow-based band, have been playing their mix of rock, soul and new country sounds for over ten years. With the release of White on Blonde in 1997 they became major stars, propelled by huge pop hits such as Say What You Want and Black Eyed Boy.

Texas have continued writing and recording, sustained by their very particular love of music, and listeners can still enjoy the classic mix of Sharleen Spiteri’s distinctive vocals with an experienced band with a wealth of experience.

The Texas story begins in Glasgow, Scotland in 1986 when bassist Johnny McElhone (ex-Altered Images and Hipsway) went looking for a new musical challenge and was introduced to 18-year-old art student and part-time hairdresser Sharleen Spiteri by his brother Gerry who later became the band’s manager. Sharleen gave her own performance of the Culture Club hit “Do You Really Want To Hurt Me”, McElhone loved her voice and they set about forming a band. Joining them were guitarist Ally McErlaine and drummer Stuart Kerr (ex-Love and Money and Friends Again).

They found their name in the title of the Wim Wenders film “Paris, Texas”, a movie they loved for the soundtrack made by Ry Cooder. They began writing songs and eventually got a record deal with Mercury. Sharleen and Ally quickly became the focal point, partly due to Ally’s fluent guitar playing and their joint mastery of slide guitar.

Their live debut took place in March 1988 at the Tav Bar at Dundee University Students Association, on a small stage in the corner of the bar. It was the slide-guitar-style that distinguished February 1989’s UK number 8 single, “I Don’t Want A Lover”, the very first song main songwriters Sharleen Spiteri and Johnny McElhone had written together. It helped to break them in the UK and on the European mainland. Their first album, 1989’s “Southside”, continued to explore the theme of doomed relationships, though the original sessions with Chic’s Bernard Edwards were abandoned as “too heavy handed”. When eventually released it sold over two million copies worldwide, peaking at number 3 in the UK album charts.

The band went on a world tour which brought them to the USA and they achieved their second UK Top 20 hit in April 1992 when a version of Al Green’s “Tired Of Being Alone” reached number 19.

Since then, Texas have ushered in the Millennium as part of Edinburgh’s Hogmanay celebrations and carried on their gruelling schedule. A Greatest Hits album was released in the fall of 2000 with three new songs, the singles “In Demand” (co-written and produced by Dallas Austin) and “Inner Smile” and “Guitar Song”, based on Serge Gainsbourg’s “Je t’Aime Moi Non Plus”.

Their Greatest Hits tour through the UK and Europe started in February 2001, followed by a few festivals. The band returned in mid-2005 with the single “Getaway”, which entered the UK Singles Charts at No. 6 becoming the band’s tenth UK Top 10 sin