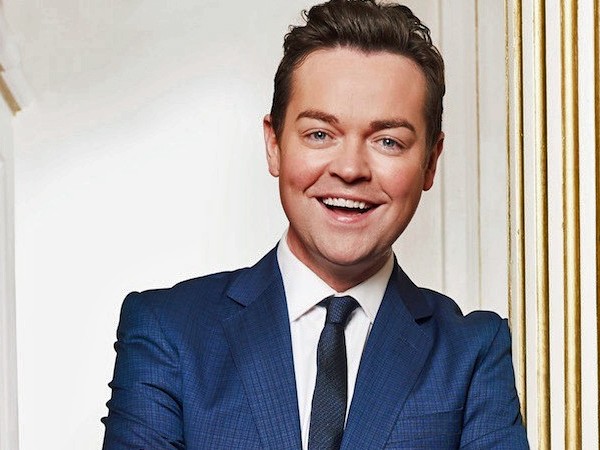 Stephen Mulhern is firmly established as one of the most popular young presenters in the business. He is best known for his smash hit television shows ITV1’s Saturday morning show Holly & Stephen’s Saturday Showdown, Tricky, Fingertips, Globo Loco, the BAFTA award winning Quick Trick Show and Ministry of Mayhem. After stepping away from Saturday morning children’s TV he has gone onto host Dancing on Ice-Defrosted and Britain’s Got More Talent, the ITV2 spin offs from the massive ITV1 hit shows.

As well as television, Stephen is an experienced stage performer, having appeared in numerous theatre productions including Grease where he played Danny Zucco. He has also toured in his own stage show called Stephen’s Mega Mad Magic Show which saw him tour the country for 78 dates, performing for more than 250,000 people!

The highlight of Stephen’s stage career to date was being invited to appear on The Royal Variety Show at the Victoria Palace Theatre in front of The Queen and The Duke of Edinburgh. Stephen had the pleasure of meeting Her Majesty once again since then, having been invited to Buckingham Palace for tea!

Stephen Mulhern is best known for presenting children’s TV programmes such as the BAFTA winning Quick Trick Show (ITV1), Ministry of Mayhem (ITV1), BAFTA Award winning Tricky TV (CiTV) of which he is the co-creator, Holly & Stephen’s Saturday Showdown (Saturday mornings ITV1) and Kids Do The Funniest Things. He has also presented The Princes Trust 30th Birthday celebrations and appeared as Robbie Williams on Celebrity Stars in Their Eyes.

However, more recently Stephen Mulhern has forged a very successful career hosting family orientated shows such as Animals Do The Funniest Things (ITV1), Dancing On Ice: Defrosted (ITV2) and Britain’s Got More Talent (ITV2) plus the Britain’s Got Talent Tour which took him up and down the country.