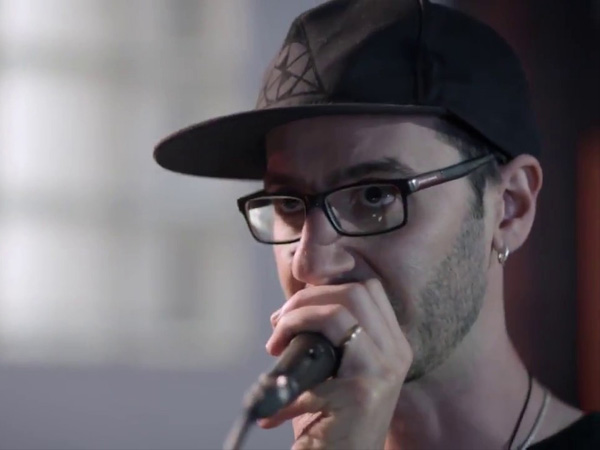 SK first reached an international audience through his 2004 collaboration with Iceland’s Bjork and a 2005 solo performance on BBC2’s Later With Jools Holland. From 2007 onwards, as Artist in Residence at London’s Southbank Centre alongside regular appearances at Glastonbury Festival, he collaborated with artists as diverse as Damon Albarn, Martha Wainwright, The Specials, Basement Jaxx, Newton Faulkner, Ed Sheeran, Rudimental, Jarvis Cocker and Lily Allen.

SK’s fascination with technology led him to become the first World Looping Champion in 2011. Frustrated with the limitations of commercial looping equipment, he taught himself software engineering and developed an innovative customised live looping instrument, unveiled at a TEDx Talk in 2016.

Inspired by the freedom of this new machine, SK has unlocked a new approach to his solo production, singing and songwriting, with two EPs planned for release in 2017 followed by his debut studio album.

“Forget one-man band, this guy is a one-man music festival.” The Times

“A fascinating contrast between his extraordinary willowy, soft-edged charm and his dangerously energised performing” The Telegraph

“Master of the fine art of beatboxing” The Independent