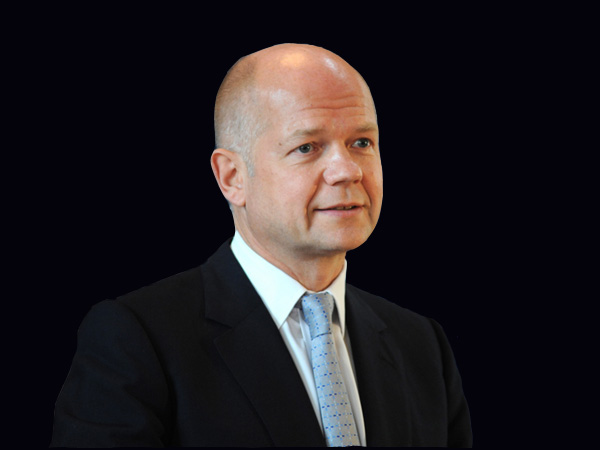 The Rt Hon. the Lord (William) Hague of Richmond

William first grabbed the headlines when he addressed the Conservative conference as a 16-year old activist. After Oxford and an early career at McKinsey & Company, he went on to become MP for Richmond, Party Leader, Foreign Secretary and Leader of the Commons.

At the Foreign Office William’s portfolio covered events in Syria and Libya, the removal of British forces from Afghanistan, Russia’s annexation of Crimea, the terrorist threat and relations with the EU. He travelled more extensively than any of his predecessors, and put added diplomatic focus on the UK export drive.

Closer to home William led the talks that resulted in coalition with the Liberal Democrats. A combination of foreign and domestic roles gives him rare insight into the body politic and the causes behind growing global instability. As well as shining a light on geopolitical developments he explores the impact of economic trends, advances in tech, migration, demographic change and the growth of religious fundamentalism.

William is also a seasoned raconteur (lauded by Hillary Clinton as the Beckham of after dinner speakers). He reveals his favourite tactics at Prime Minister’s Questions, the many and varied leadership styles he’s encountered, and the dangers of mixing together politicians, wine and the media.

Away from politics William has built a reputation as a bestselling historian. He is also co-Founder, with Angelina Jolie Pitt, of Preventing Sexual Violence in Conflict.