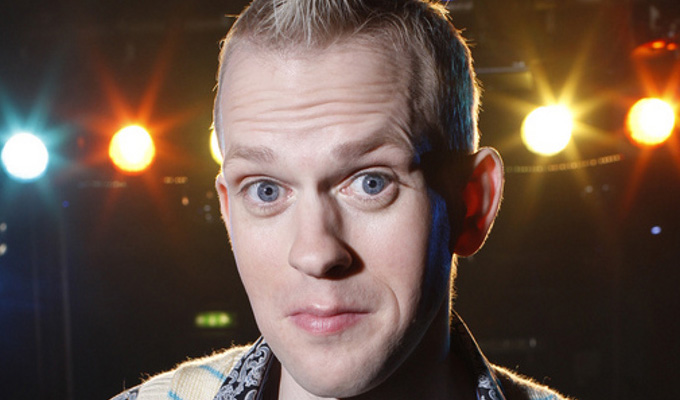 In 2018, Robert came runner up on the UK’s biggest television talent competition, Britain’s Got Talent, on ITV. His performances throughout were typically chaotic, but hilarious. Robert’s incredible stage presence, improvisational skills and delivery won over the judges on every episode of the show. He also wowed the public,  with his fast-paced comedy routines.

Robert White is the only gay, Aspergic, quarter-Welsh comic on the British comedy circuit. Known for his brilliant timing and performance style, Robert’s chaotic stage presence, improvisational skills and delivery won him the 2010 Malcolm Hardee Award for Comic Originality. In the same year, he wrote one of Dave’s Top Ten Jokes of The Fringe.

Since he first came onto the stand-up scene, as a finalist in the prestigious Hackney Empire Competition, Robert has gone from strength to strength. He is now a sought-after act who regularly performs across the country and internationally. His off the wall jokes, improvisatory songs, barely-believable stories and interactive music stand him far apart from the usual comedy available nationwide.

“If you want to see something brilliant, confusing and strange, you couldn’t do much better ”
– The Scotsman