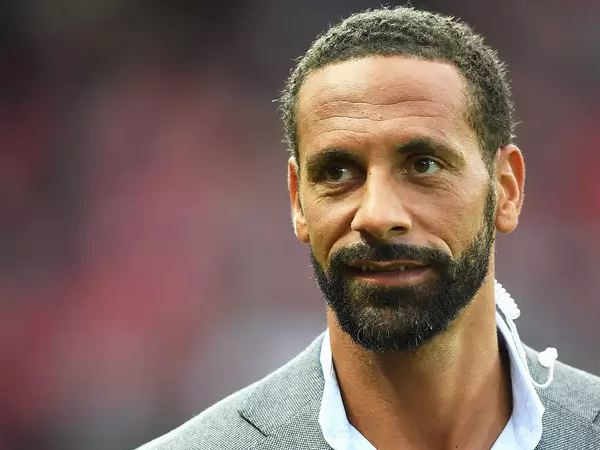 Six Premier League Titles, two League Cup wins, five Community Shield victories, one FIFA Club World Cup and a European Champions League. Over the course of 12 prestigious years at Manchester United, Ferdinand has lifted some of the most sought-after trophies in club football, aside of the 81 caps he won for the country he also captained – Rio Ferdinand has lived the footballing dream.

Making his senior debut in May of 1996, Ferdinand spent a further four years at the club, being crowned Hammer of the Year for the 1997/98 season. In February of 1997, at the age of nineteen, Ferdinand became the youngest defender to play for England, when he came off of the bench to replace an injured Gareth Southgate in a two nil win against Cameroon at Wembley. Ferdinand made further history three years later when Leeds United paid £18 million to bring him to Elland Road. A British transfer record, Ferdinand had also become the world’s most expensive defender. Rio would go on to break both records again, two seasons later, but not before starring in Leeds‘ stunning run to the semi-finals of the Champions League.

After winning his first Premier League title in his debut season at Old Trafford, Ferdinand went on to forge one of the best defensive partnerships in the world with fellow defender, Nemanja Vidic. After securing consecutive league titles between 2006/09, along with a historic Champions League win in 2008, saw Manchester United as the dominant force in British football, once again. During this time, Ferdinand also captained his country for the first time, at the same time of winning his 65th cap against France at the Stade de France. Ferdinand would go on to win 81 caps for England, appearing at two World Cups, before announcing his international retirement in 2013.

Off the field, Rio retains the same enthusiasm and passion for a variety that he had as a child on the streets of Peckham, with a number of other interests outside of football. This includes a keen focus on charity work and social issues, publishing, film as well as music.