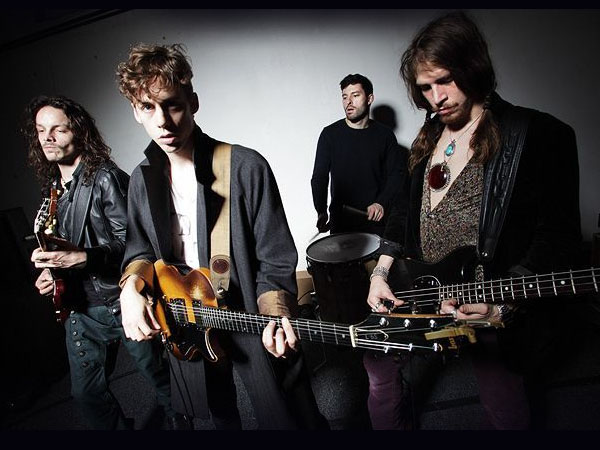 Few bands in recent memory have enjoyed the kind of immediate success that befell Razorlight. Formed in the summer of 2002 by London singer/guitarist Johnny Borrell, the band took just less than a year to land a major label deal and get their first single on the UK charts.

Soon after they were selling out shows across England, and in their debut album, Up All Night, entered the British charts at number one. With their hits “America”, “Somewhere Else” & “In the Morning”, Razorlight are a perfect nostalgic headliner for private & corporate events.

The British indie rock band Razorlight formed in London in 2002 around vocalist/guitarist Johnny Borrell and guitarist/vocalist (and Swedish ex-pat) Björn Ågnen. Joined by bassist Carl Dalemo and drummer Christian Smith-Pancorvo, the combo recorded several demos at London’s Toe Rag studios, and those songs led to radio exposure and the initial stirrings of hype. Mercury Records signed Razorlight in 2003, and the group began recording its debut album amidst a series of hectic (and increasingly buzzworthy) club gigs, working with no less an authority than Steve Lillywhite. Lillywhite soon left the project, but Razorlight continued to write and record the album while still wowing audiences with a spate of live dates, including a strong showing at the 2004 South by Southwest industry fest.

At this point, drummer Smith-Pancorvo left the group and was soon replaced by Andy Burrows. Thus reconfigured, Razorlight made their official album debut in August 2004 with Up All Night. The release was hailed for its stylish, fizzy mix of Strokes-styled sensibilities and post-Brit-pop cool. Additional show dates opening for the likes of Queen (with vocalist Paul Rodgers) and Oasis gave Razorlight some of their biggest audiences in 2005, adding to the bandmates’ growing popularity in their native U.K. The band’s second offering, a self-titled effort produced by Chris Thomas, arrived in summer 2006 and yielded Razorlight’s first chart-topping single, “America.” The album itself also topped the U.K. charts, going multi-platinum in the process, and Razorlight maintained their presence on British radio throughout 2007 before embracing a slick, mainstream pop/rock style on 2008’s Slipway Fires.