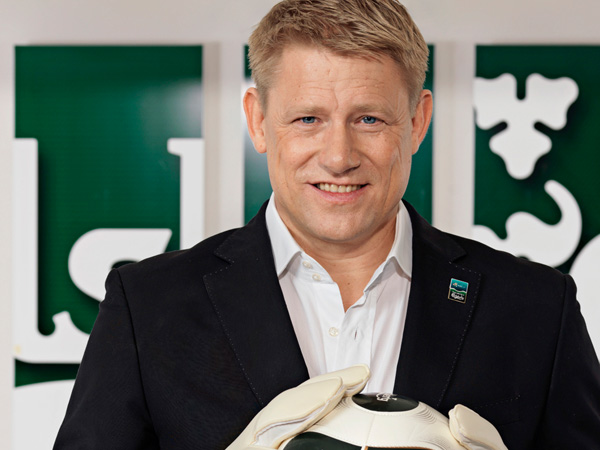 Arguably the greatest goalkeeper in history

Peter Schmeichel was inducted into the English Football Hall of Fame in 2003 in recognition of his impact on the English game. In March 2004, he was named as one of the “125 greatest living footballers”, at the FIFA 100 celebrations.

Peter is an accomplished TV presenter and football analyst, working for the Premier League Channel, the BBC and Danish TV3+.

He is an exceptional motivational speaker and in high demand as an event host and after dinner speaker, well-known for his fantastic sense of humour. Global ambassador for Carlsberg, and brand ambassador for First & Tipico.

He is best remembered for his most successful years at  Manchester United, who he captained to the 1999 UEFA Champions League to complete the Treble, and for winning UEFA Euro 1992 with Denmark. He is one of the most decorated goalkeepers and footballers of all time with 23 major titles in his club career.

He is the most capped player for the Denmark national team, with 129 games between 1987 and 2001. In addition to Euro 92, he played for his country at the 1998 FIFA World Cup and three additional European Championship tournaments. He captained the national team in 30 matches. He also represented Gladsaxe Hero, Hvidovre, Brøndby, Sporting CP, Aston Villa and Manchester City in a career that lasted from 1981 until 2003.

His son, Kasper, is also a professional football goalkeeper currently playing in the UK Premier League and the Denmark national team.

Peter is also a keen golfer who regularly plays in the British Par 3 Championships.