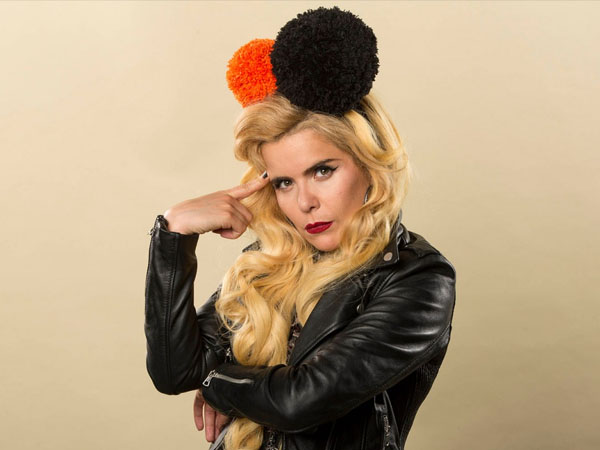 Platinum selling Artist Paloma Faith is a force of nature, with her dramatic looks and powerful voice it is abundantly clear that she is the complete package. Her anticipated 2nd album ‘Fall from Grace’ debuted at number 3 in the UK album chart with the lead single ‘Picking Up the Pieces’ being a top 10 hit.

Her debut album’ received critical acclaim and stayed within the top 40 album chart for an incredible 40 weeks; from the brass-blasted stomp of ‘Stone Cold Sober’, to the epic sweep of her biggest chart hit ‘New York’, the record went on to sell over half a million copies, earning Faith a nomination for Best British Female at the Brit Awards and the honour of closing the ceremony.

A familiar presence on the underground scene for several years, the multi-talented Paloma Faith hailing from London eventually broke into the mainstream thanks to her theatrical image and retro-soul sound.

Born in Hackney to a Spanish father and English mother, she earned a degree in contemporary dance at university before studying for an M.A. in time-based arts at St. Martins College. At the age of 18, she made her debut on the cabaret scene, singing in a covers band called Paloma & the Penetrators, before performing as a magician’s assistant and appearing in a burlesque troupe. After turning down an opportunity to join Amy Winehouse’s band, she began writing and performing her own songs, and soon earned a reputation as one of London’s most unique and flamboyant live acts. Her debut single, “Stone Cold Sober,” reached number 17 in the U.K. charts, and her debut album, Do You Want the Truth or Something Beautiful?, was issued by Epic Records at the end of 2009. Meanwhile, Faith appeared on Basement Jaxx’s album Scars and Josh Weller’s debut while also gaining work as an actress, playing Andrea the Emo in St. Trinian’s and appearing as Sally in Terry Gilliam’s The Imagination of Dr. Parnassus.