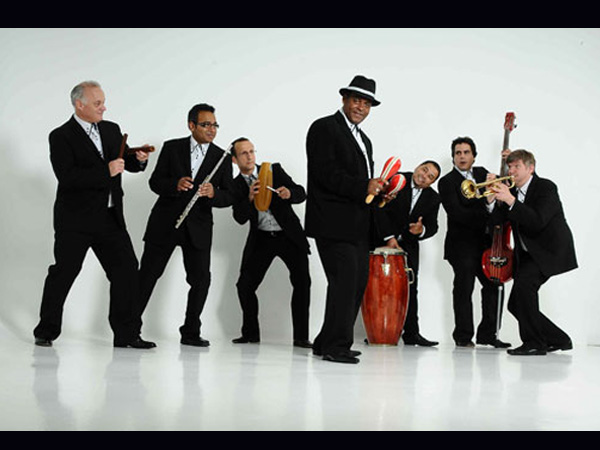 One of the UK’s finest Latin & Salsa Bands

Orquesta Caché are the UK’s finest salsa band, playing authentic Latino rhythms that come straight from the streets of Havana and San Juan.

They have been thrilling audiences for over 15 years, performing at festivals, corporate events, weddings, parties and private functions throughout the UK and beyond. Fronted by Cuban vocalists Felix Gonzalez, Antonio Zapata-Danger and Enrique Bringas, Orquestra cache have won widespread critical acclaim for their heady mix of Cuban, Puerto Rican and New York salsa.

They showcase modern salsa with a fresh, contemporary sound, yet the music remains firmly rooted in classic Latino traditions. From mambo, timba and plena, through to bomba, rumba and cha-cha-cha, this is the greatest music on the planet, played by some of the greatest exponents of the art.