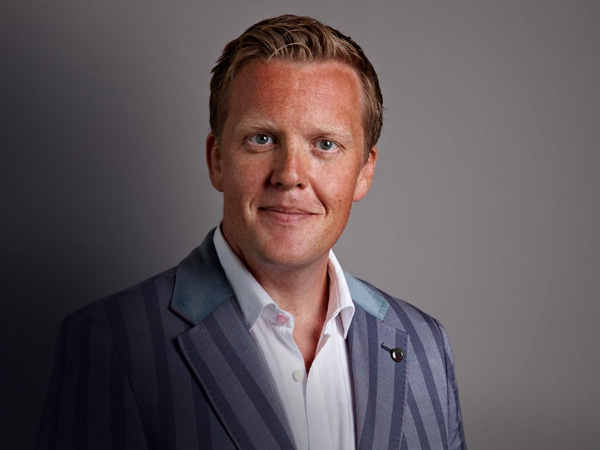 A multi- award winning wine expert, TV personality, author and columnist, Olly is also a vibrant speaker and presenter and genuinely enhances any event he hosts.

His finely tuned taste buds, boundless knowledge and infectious enthusiasm know no bounds.  He appears regularly as wine expert on BBC1’s Saturday Kitchen and was appointed the UK’s Drinks Ambassador to China as part of the Food is Great campaign in 2015, visiting Beijing and Shanghai in November that year, promoting British food and drink to the Chinese market as the UK’s official spokesperson. He is honoured to be listed in Debrett’s 500 2015.

He guest presents Good Morning Sunday on BBC Radio 2 and has his own bank holiday show for Radio 2 – Good Food Friday with Michel Roux Jnr and Bank Holiday Barbecue with Levi Roots.  A melting pot of cooking, chatting and matching delicious drinks to the dishes cooked live on the show.

Olly also presents a travel series for ITV’s This Morning and is a regular drinks expert on the show.

He has a string of TV credits including presenter of The Secret Supper Club and Iron Chef UK for Channel 4 and regular panellist on The Wright Stuff for Channel 5.  He also presents Uncorking the South, a 13-part documentary series about Chilean wine for Canal 13 broadcast throughout South America; Olly is officially big in Chile.

Olly is columnist for The Mail on Sunday’s Event Magazine with his weekly wine column reaching over 5 million readers each week.  He also writes ad-hoc for numerous other publications.

His latest book is Drinking for Chaps published October 2015 by Kyle Books.  Written with founder of The Chap Magazine, Gustav Temple, this is the ultimate guide to alcoholic beverages. A treasure trove of advice, Drinking for Chaps will transform men (and women) from gadabouts and dabblers to titans of taste.

He has written 3 other books: Behind Enemy Wines (Sept 2013), Wine: Both Barrels (November 2012) and ‘Eat & Drink: Good Food That’s Great to Drink With‘ published by Headline in May 2010. The latter, illustrated by his own fair hand, is a treasure trove of recipes, wine matches and tips and tales of adventure from his travels across the high seas of flavour.

Olly is Celebrity Drinks Ambassador for Ideal Home Show Christmas and hosts a multitude of live events around the UK including The London Greek Wine Festival, Tapas Fantasticas and Drinks Retailing Awards .  He has previously hosted the Parade Ring Restaurant Royal Ascot, the Supertheatre at BBC Good Food Show, Masterchef Live, Love Cooking, Taste of London and the F-Word Live for Channel 4. He is also one third of Three Wine Men bringing wine tasting to the masses.