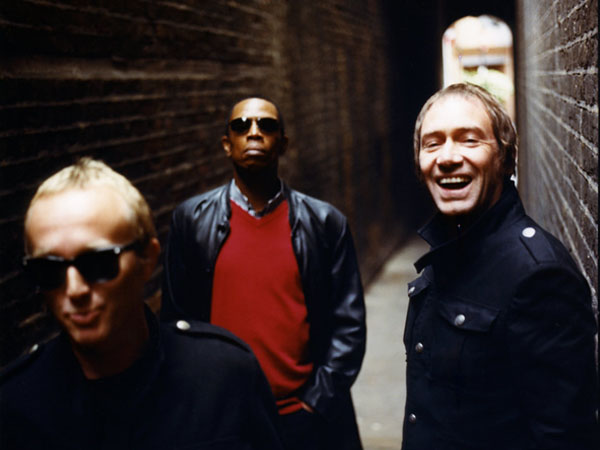 Ocean Colour Scene are hailed as one of the leading bands of the traditionalist, post-Oasis British rock of the mid-’90s.

In their 23-year existence, Ocean Colour Scene have released nine albums, three of which went Top 5 – 1996’s Moseley Shoals, 1997’s Marchin’ Already and 1999’s One From The Modern – and a run of nine successive Top 20 hit singles commencing with 1996’s The Riverboat Song. They supported Oasis at their massive Knebworth shows that same year, and two years later helmed the biggest arena tour of any UK band to date. Their achievements have been nothing short of phenomenal.

From their days as Breton-shirt wearing disciples of The Stone Roses (debut single ‘Sway’) to million selling Britpop superstars (‘Marchin’ Already’ bumped Oasis’ ‘What the Story’ from the top spot in 1997) to long-term touring allies with Paul Weller, they have always stood shoulder to shoulder with the greats of modern British rock.

Although they had formed in the late ’80s and had several hits during the height of Madchester in the early ’90s, the band didn’t earn a large following until 1996, when their second album, Moseley Shoals, became a multi-platinum success story in the U.K. Their ascent was greatly aided by Paul Weller and Oasis’ Noel Gallagher, who both publicly praised Ocean Colour Scene for keeping the flame of real rock & roll burning during the ’90s. And, according to one specific definition, they were right, since Ocean Colour Scene was nothing if not rock & roll traditionalists, drawing heavily from British Invasion pop, psychedelia, soul, R&B, and blues-rock to create a reverential homage to classic rock. Their devotion to trad rock may have earned them decidedly mixed reviews, but that was the very thing that earned them a sizable following.

Ocean Colour Scene is comprised of Steve Cradock (lead guitar, keyboards, vocals), Simon Fowler (lead vocals, guitar), Damon Minchella (bass), and Oscar Harrison (drums). Prior to forming in 1990, the members of the band had played in a variety of other groups. During the late ’80s, Cradock played in a mod revival band called the Boys. Though they released an independent EP called Happy Days and supported former Small Faces frontman Steve Marriott, the band never gained much of an audience. At the same time the Boys were active, Fowler and Minchella were in a Velvet Underground-influenced group called Fanatics, who released an EP, Surburban Love Songs, on the independent label Chapter 22 in the spring of 1989. Following the release of the single, the group’s original drummer, Caroline Bullock, was replaced by Harrison, who had previously played with a reggae/soul band called Echo Base. Shortly after Harrison joined Fanatics, the group split up. Several months after their disbandment, Fowler, Minchella, and Harrison formed Ocean Colour Scene with Cradock, whom they met at a Stone Roses concert.

Appropriately, Ocean Colour Scene was initially heavily influenced by the Stone Roses. After performing a few concerts, the group built a small fan base and signed with a local indie label, !Phfft. Shortly after signing with !Phfft, Ocean Colour Scene became hyped as “the next big thing” by the British music weekly press, as their live shows and debut single, “Sway,” earned extremely positive reviews during the first half of 1990. In the spring of 1991, they headed into the studio to record the debut album with Jimmy Miller, who worked on the Rolling Stones’ classic albums of the late ’60s and early ’70s.