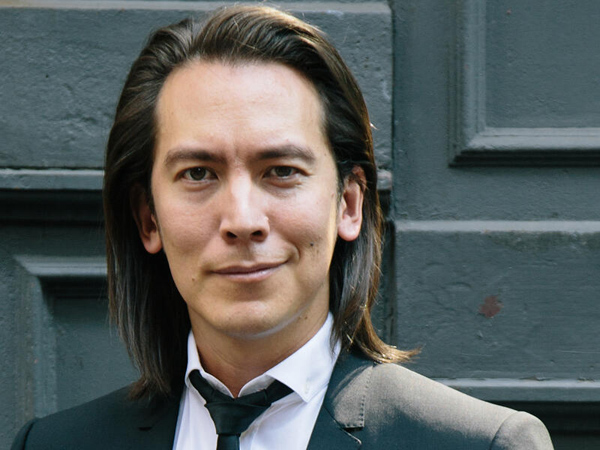 A leading authority on technology, transformation and leadership – with a uniquely global perspective.

Founder and CEO of Tomorrow, a consumer innovation research lab. For the past twenty years, Mike Walsh has been a leading authority on disruptive innovation, digital transformation and new ways of thinking. A global nomad, futurist and author of three bestselling books, Mike advises some of the world’s biggest organizations on reinvention and change in this new era of machine intelligence.

New Rules For A New World: a fast-paced keynote organized around a series of provocative rules and tangible takeaways for the post-pandemic world. This talk is perfect for leaders and professionals who want to understand and take action in this newly accelerated, AI-powered environment.

The Future Favors The Bold: an inspiring deep dive into the mindset, habits and practices of innovative leadership teams. Ideal for sales teams and advisors, this session explores what it takes to push transformation forward, even in periods of great uncertainty and rapid change.

What Leaders Need To Know About The Metaverse: the topic that everyone is talking right now. More than just a basic explainer, Mike focuses on the pragmatic opportunities relevant to your audience and what the latest Metaverse acquisitions, partnerships, and technologies might mean for how they engage their future customers and employees.

Designing Your Business For The 21st Century: ideally suited as a workshop format, this highly interactive and personalized session is based around Mike’s ‘Seven Transformation Drivers’ and provides a framework for leadership teams to plan their journey of digital reinvention.

The Rise Of Generation AI: forget Millennials; it is their kids you need to worry about. This fun and thought-provoking session is ideal for organizations who want to explore the demographics and mindsets of the generation of customers and how they will shape the future of marketing, content, and experience design.

The Algorithmic Leader: for fans of Mike’s most recent bestselling book, this keynote explores the key themes, case studies, and takeaways behind his vision for tomorrow’s leaders, the AI-powered organizations they will build, and the cognitive tools they will need to do so.

A prolific writer and commentator, Mike’s views have appeared in a wide range of international publications including Inc. Magazine, BusinessWeek, Forbes and the Wall Street Journal. A regulator contributor to the Harvard Business Review, his articles explore a wide range of cutting edge leadership topics including data-driven decision making, agile organizations, algorithmic management and AI ethics. Each week Mike interviews provocative thinkers, innovators and troublemakers on his podcast, Between Worlds.

Mike’s latest book, The Algorithmic Leader offers a hopeful and practical guide for reinventing leadership and organizations. The book has been a global hit and is now available in Chinese, Japanese, Korean, German, Polish and Russian. In 2019, The Algorithmic Leader was selected to be given to the world leaders and executive attendees of the Ambrosetti Global Forum at Villa d’Este in Cernobbio, Italy.

Futuretainment, Mike’s first book, was published by Phaidon and was the winner of the design award by the Art Director’s Club in New York. Released in 2009, it predicted how the smartphone would reshape the media and marketing industry, and the imminent rise of social media, digital influencers, streaming entertainment and the Metaverse.

A dynamic and engaging keynote speaker, Mike has given over a thousand talks over the last decade, from strategic briefings for the boards of companies like Verizon and Raytheon, to an employee summit for a healthcare corporation that filled a sports stadium with an audience of over 25,000 people. In addition to both in-person and virtual presentations, Mike also works with enterprise learning and development leaders to create compelling programs to up-skill teams for a world of AI-powered competition.