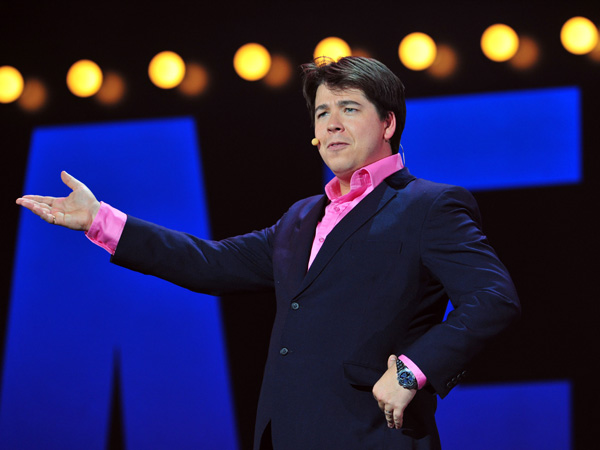 Michael McIntyre’s spot on observational comedy and trademark ability to turn everyday situations into master-classes of human exasperation have struck chords with millions of fans, resolutely cementing him as one of the UK’s most loved and treasured comedy performers today.

Michael McIntyre’s Big show returned to our screens on BBC One in 2017 following his 2016 Happy & Glorious – Australia and New Zealand Tour.

The UK and Ireland legs of the Happy & Glorious tour saw Michael sell over four hundred thousand tickets and beat his rivals to the Christmas Number One slot in the DVD chart.

His 2015 tour saw Michael awarded the prestigious keys to London’s 02 Arena for an astonishing twenty-eight performances at that venue, which sees him performing more times than One Direction and Take That.

Michael’s previous tour Showtime was the biggest selling comedy tour in the world in 2012, which included a record breaking ten night residency at the O2 matching pop superstar Rhianna’s 2011 record. Michael has released three best selling DVDs; 2008’s Live and Laughing which was the biggest selling UK debut standup DVD of its time, Hello Wembley, which in 2009 became the fastest selling UK stand up DVD of all time, a record it still holds, and 2012’s Showtime, which beat its competitors to the Christmas Number One spot.

The past few years have been exceptional for Michael. In 2013 he performed internationally; playing sold out arenas in South Africa, Dubai, Norway, Australia, New Zealand and Singapore. His show in Johannesburg was the largest ever comedy show in South Africa and his Dubai shows won the Time Out Best Night Out Award.