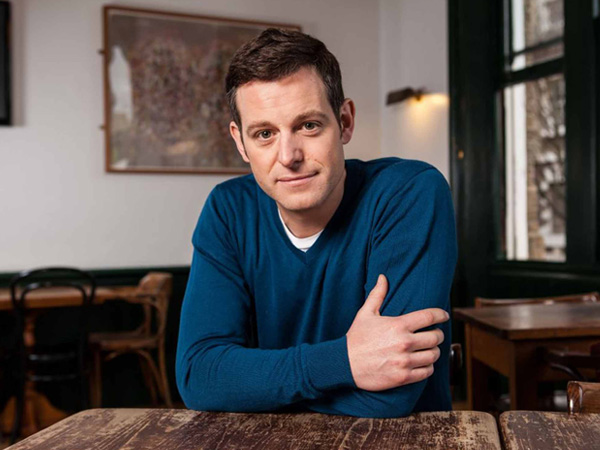 Always in high demand as a Facilitator, Event and Awards Host, Matt has established himself as one of our best loved and most versatile presenters. Seven and a half years on Blue Peter won him 2 BAFTA awards for Best Children’s presenter and a Royal Television Society award. He is a key face across the BBC as the co-host of The One Show, co-presenter of Big Blue Live and The Gift, as well as BBC1’s top rated, award-winning Sunday night series Countryfile. Matt has also presented Secret Britain for BBC1 and was a proud finalist in Strictly Come Dancing 2010.

Matt was born in Durham where he grew up in the Dales on his family’s sheep farm. His love of the countryside and animals made him the natural choice for fronting such shows as Animal Rescue Squad for Channel 5, One Man and His Dog for BBC2, Summer Countryfile Diaries, Crufts, Animal Rescue and a BBC NE natural history series. He is also the former president of the National Federation of Young Farmers’ Clubs.

Matt left Blue Peter in 2006 and began fronting BBC Daytime shows, including the BBC1 City Hospital series. His other BBC credits include hosting the Evacuation series, and 2 series of The Stables Live 8. He presented Jonny Wilkinson’s Hotshots rugby plus Jonny’s rugby training DVD. He has also starred in Chitty Chitty Bang Bang at the London Palladium and Sunderland Empire and as Prince Charming in Cinderella at the Sheffield Lyceum.

He was part of the BBC’s presentation team for the London 2012 Olympics and key commentator for the Artistic Gymnastics events at the Glasgow 2014 Commonwealth Games.

Matt’s exceptional physical prowess has allowed him to complete an impressive number of television challenges: he trained as a stunt man in Florida; spent a gruelling week with the Royal Marine Commandos, successfully passing their recruits’ course, and later completed the Para’s P Company selection tests. He also made the final of BBC Sport Relief’s charity show jumping series Only Fools on Horses.

In November 2011, Matt undertook his most daunting challenge to date: The One Show Rickshaw Challenge. He spent 8 days pedalling a rickshaw from Edinburgh to London, covering well over 480 miles and interviewing guests along the way. The feat saw Matt raise an incredible amount — in excess of £1.9 million — for BBC Children In Need. He has made a number of visits to several of the centres that have benefited from the money raised. For the past four years, Matt has acted as mentor for the Rickshaw Challenge, cycling alongside the rickshaw and offering support and encouragement to the team. The November 2015 challenge, from Land’s End to the East End, has raised well over £4.1 million to date!

Matt has hosted many large scale live concerts including a series of children’s concerts with the BBC Scottish Symphony Orchestra, BBC National Road Shows, 4 Family Proms in Hyde Park and many live

Proms from the Albert Hall; he co-presented three series of Making Tracks for BBC Radio 3 and was a long-running presenter of Open Country for Radio 4. Matt was also the co-host of the Olympic Handover Concert, officially marking the start of London’s tenure as host city. The event took place in front of a 40,000-strong crowd at The Mall and was broadcast live on BBC1 and BBC Radio 2. He was also involved in the Olympic Victory Parade through central London, which went out live on BBC1. In April 2011 Matt interviewed the Prime Minister and reported live from Downing Street as part of the BBC’s coverage of The Royal Wedding. Matt was also the co-host of Sport Relief 2012: The Mile Show in March 2012 and The Diamond Jubilee Thames Pageant in June 2012, both going out live on BBC1.

In 2009, Matt was one of the celebrities who took part in Around The World In 80 Days, a re-enactment of Jules Verne’s literary odyssey for BBC Children in Need.