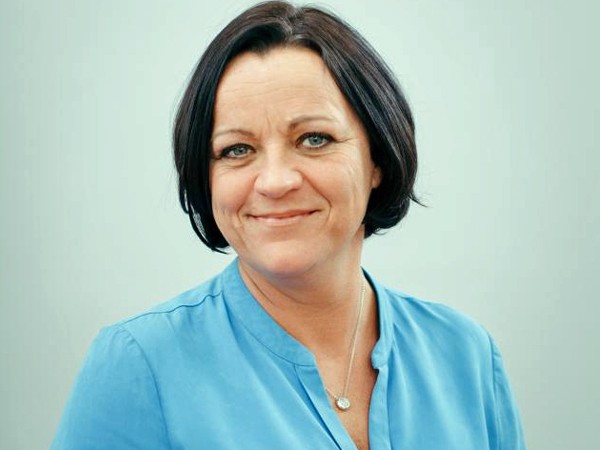 Martine lost both legs in the 7/7 Circle Line bombing. She was last to be rescued. Trapped in debris for an hour, she’d lost 80% of her blood supply. Then came a year of rehabilitation during which she learned to walk again, with prosthetics. Yet she still sees herself as lucky: the Paralympics, secured the day before the bombings, gave her a new goal. She now has 40 GB caps in sitting volleyball. The ex-marketing manager addresses change, goal-setting and diversity.

On 6 July 2005 Martine and work friends gathered to watch the announcement of the host city for the 2012 Olympic and Paralympic games. The next morning, having overslept, Martine caught the Circle line and sat just three feet away from suicide bomber Shehzad Tanweer. The worst injured, and consequently last rescued survivor of the 7/7 bombings, Martine was trapped for over an hour having lost 80% of her blood supply as well as both legs above the knees. There followed a painful year of rehabilitation including learning to walk again on prosthetics.

As Martine regained her confidence, she also regained the ambition she once had in her career as international marketing manager for CNET. A Paralympic potential day at Stoke Mandeville hospital led her to the relatively new sport of sitting (not wheelchair) volleyball.

Martine’s is a remarkable story of suffering and recovery, determination, inspiration and self-belief. Since her injury, she has not just qualified for the 2012 Paralympics with the British volleyball team, but also learned to fly a light aircraft, skydived from 10,000 feet, and learned to ski. She has also joined Channel 4’s Paralympic coverage team and written about her extraordinary life in her book, Unbroken, for which she won the overall Sports Autobiography of the Year at the 2018 Sports Books Awards