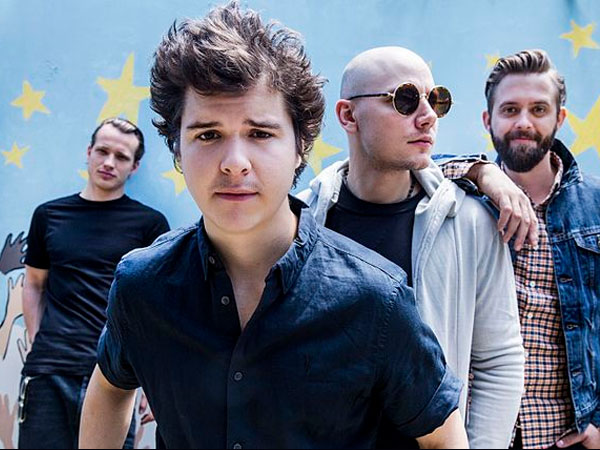 The incredible band behind the hit songs “7 years” and “Mama Said”, Lukas Graham have taken the international music stage by storm. With an inspiring story being born and raised in the small community of Christania in Copenhagen, the headliner band have gained a massive following in Denmark and now throughout the world.

Their original pop-soul sound is highly appreciated with their songs described as “effortlessly blending elements of hip hop and folk”. After dominating the Australian, UK & US charts, their chart success has earned them live slots on the hit US show ‘Jimmy Kimmel live’ and a world tour in 2016 & 2017.

From the free-living town of Christiania in Copenhagen, Lukas Graham Forchammer and his band crafted a combination of funky pop and R&B stylings, which made them popular in the home country of Denmark.

With his soulful delivery and honest lyrics, Graham recounted tales of family strife, poor decisions and the celebration of life, all inextricably entwined with his years spent in Christania. The young Graham’s musical influences ranged from classical (gained during his childhood experiences with the Copenhagen Boys Choir) to The Beatles, The Stones and The Prodigy.  Another huge inspiration is Dr Dre whose Chronic 2001 album became one of the most influential albums for Graham as he grew up.

Despite a less-privileged childhood, his parents were strong models and much of that love was reflected in heartfelt songs like “Mama said” and “Moving Alone”.