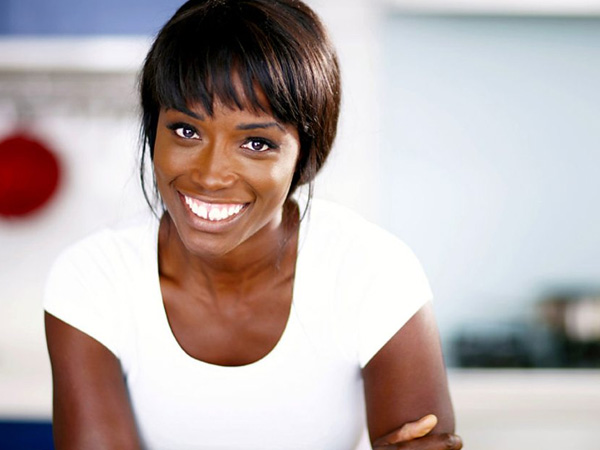 A cooking and publishing phenomenon, Lorraine is a unique talent. Her relaxed nature and welcoming style are unrivalled in her field and her approach transfers well to her live event work.

Lorraine’s first book, ‘Baking Made Easy’, which featured 100 of her favourite recipes, was a number one bestseller and the accompanying TV series, her first, attracted brilliant reviews and was a massive hit with the audience, peaking at close to 3 million viewers during its six-week run. A highly successful fashion model in the ‘90s, Lorraine fronted campaigns for brands including Versace, Donna Karan, Katherine Hamnett and The Gap.

During her high profile modelling career, she was the first British black model on the cover of American Elle and worked regularly with Kate Moss, Christy Turlington, Naomi Campbell and influential fashion editor Edward Enninful for i-D magazine.

But at the start of 2000, Lorraine turned her back on her successful modelling career, deciding instead to pursue her long-term passion for cookery. She enrolled in Leith’s Diploma of Food and Wine course, and learned about every aspect of food. She also worked stages in kitchens including The Square, Petrus, The Mandarin Oriental, The Wolseley, Hakkasan and the Hummingbird Bakery.

Wide public attention beckoned after her landmark BBC 2 TV series, Baking Made Easy, introduced millions of viewers to her easy, impressive recipes. The book of the series went on to be a bestseller and was followed up by an even more popular book and series, Home Cooking Made Easy, making Lorraine the most successful debut cookery writer in the UK at that time.

Home Cooking Made Easy, Lorraine’s second book, was accompanied by another BBC series of the same name and premiered on BBC TWO. Once again, Lorraine brought her informed and practical advice to the fore, with a light touch that belies her rigorous professional training. Her delicious and original ideas are always a hit with audiences at home. With further bestsellers, including Fast, Fresh and Easy, Lorraine has sold over 1 million books in the UK alone, and continues to satisfy fans with her simple approach to delicious cooking.