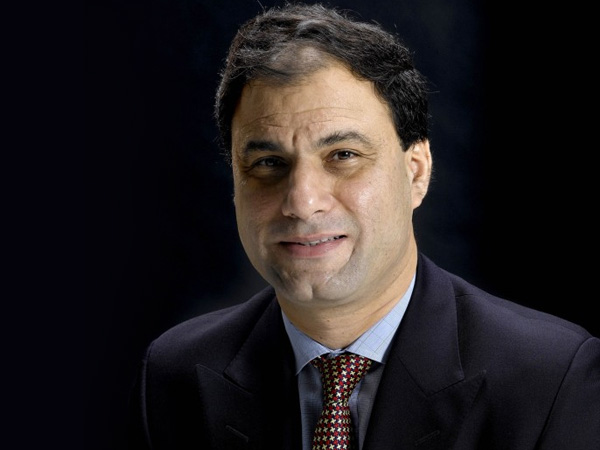 Chairman and founder of Cobra Beer

Widely respected for his entrepreneurial spirit, Lord Bilmoria is one of the first two Visiting Entrepreneurs ever appointed at Cambridge University and serves as National Champion of the National Council for Graduate Entrepreneurship.

He founded Cobra in 1990, whilst already £20,000 in debt and launched the business against all odds. Since that time, Cobra has grown into an innovative operation with offices on four continents and exports to over 45 countries, and brewing operations in five countries. As well as running his business, he lectures extensively in the UK and abroad on entrepreneurship, business, motivation, education, and the Indo-British relationship.

After gaining a degree in commerce at the University of Hyderabad, Lord Bilimoria moved to London, where he qualified as a chartered accountant. He then completed a law degree at Cambridge University in the late 1980s, which was when he came up with the idea for Cobra.

‘Lager too fizzy, ale too bitter ‘A lover of beer since his teenage years, Lord Bilimoria was unhappy with the quality of British lager, especially when drinking it with a curry.

He says: “The lager was too fizzy, too harsh and too bloating.

Cobra Beer is one of the fastest growing beer brands in the UK and one of the most innovative young companies in the country. Lord Bilimoria started Cobra in 1990 when he was £20,000 in debt and up against all odds. Throughout the 1990s and early 2000s, Cobra experienced double-digit growth. In 2005, the company’s premium pilsner, King Cobra, was launched. Brewed at Belgium’s Rodenbach Brewery, it is currently the only pilsner-style lager to be fermented in the bottle

The company’s alcohol-free beer, Cobra Zero, was also launched in 2005.

Since that time, Cobra has grown into an operation with offices on four continents and exports to over 45 countries, with brewing operations in five countries. In 2009, Cobra Beer entered into a Joint Venture with Molson Coors, the largest family owned brewer in the world.

Lord Bilimoria is widely respected for his entrepreneurial spirit. He is one of the first two Visiting Entrepreneurs ever appointed at Cambridge University and serves as National Champion of the National Council for Graduate Entrepreneurship.

He was a member of the Government’s National Employment Panel (NEP), and from 2001 to 2005 was Chairman of the NEP’s SME Board. He was the founding Chairman of the UK-India Business Council (UKIBC) of which he is now President. He has won numerous awards in recognition of his business achievements and charitable work, including the RSA’s Albert Medal in the Society’s 250th anniversary year, 2004. He was also awarded the Commander of the British Empire (CBE) in Her Majesty The Queen’s Birthday Honours List, 2004. He was named Entrepreneur of the Year 2003 and Business Person of the Year 2004 by the London Business Awards, Entrepreneur of the Year 2004 at the National Business Awards (London and South East of England) and London Entrepreneur of the Year 2003 (Consumer Products) by Ernst & Young. In 2010, he received a Lifetime Achievement Award from the Non-Resident Indian Institute for outstanding contributions in promoting Indo-British relations.

In June 2006, Karan was appointed The Lord Bilimoria, of Chelsea.