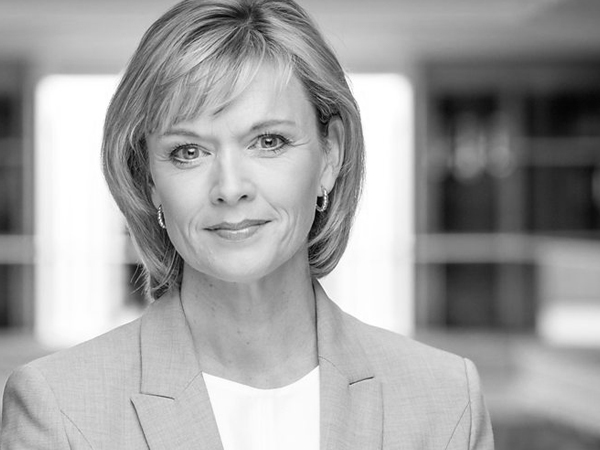 Julie presents ‘News at Ten’ and ‘Tonight’ for ITV. She has also fronted ITV’s acclaimed coverage of the Royal Wedding and Diamond Jubilee – and has been a key anchor for their UK and US election programmes. She has interviewed the past four Prime Ministers – as well as major figures such as Hillary Clinton, Condoleeza Rice, Aung San Suu Kyi and Christine Lagarde. She interviewed Prince William and Prince Harry in Lesotho in 2010, and in 2013 she presented live from Rome as the news of the election of Pope Francis was announced.

Her work on the ‘Tonight’ programme includes a documentary from Afghanistan on the role of women in the military, an exclusive interview with Paul and Rachel Chandler, who were kidnapped by Somali pirates – and a film with Doreen Lawrence to mark the 20th anniversary of Stephen Lawrence’s death.

Julie previously worked for Sky News and the BBC. During her time at Sky News, she presented live from Thailand in the aftermath of the Boxing Day Tsunami, was on air as the news of the 7/7 attacks unfolded and travelled to the Falkland Islands to make a series of films on the 25th anniversary of the conflict.

She joined the BBC in 1992 as a news trainee and worked as a reporter and presenter for BBC Midlands Today, BBC Newsround and BBC Breakfast News. She has written for the Sunday Times, New Statesman, The Guardian and The Tablet.