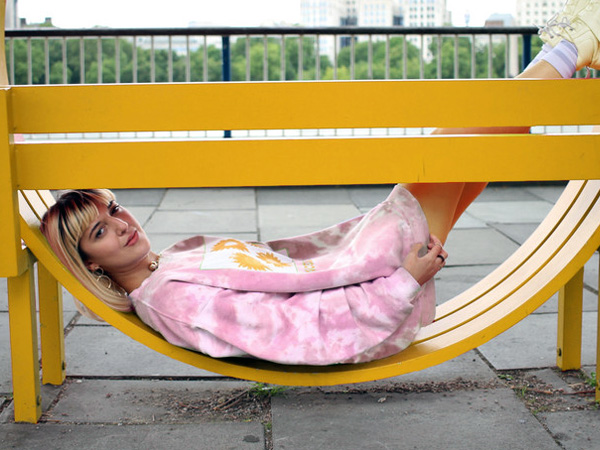 Half Iranian alt-pop singer-songwriter Jazz Mino was busking on the streets of London, when she was discovered by Apple’s Head of Editorial, Austin Daboh.

Jazz Mino then began to build an online buzz with her songs, ‘Crush’, ‘Misunderstand’ and ‘Over You’, hitting no. 5 in UK Club charts, gaining over 10 million streams on Spotify alone, and landing New Music Friday playlists in the UK, Portugal and Sweden. Two years later, after a whole lot of anxiety, mac n’ cheese, and bad friends, Jazz Mino has been releasing a series of witty, tongue in cheek singles, all about cutting toxic people out. Her extremely relatable single, ‘New Girlfriend’ landed Spotify’s New Music Friday Sweden, is the third single of the series.

Cloaked in a fun pop-bop beat and vocoder fuelled ear candy, ’New Girlfriend’ takes a nonchalant approach towards the ex’s in Jazz Mino’s life who hold a grudge. Jazz Mino has been championed by The Line Of Best Fit, PopJustice, We Plug Good Music, BBC Introducing, and has been hitting Viral Top 50 Charts in UK, Ireland, Australia and Sweden with her unique, sweet voice and empowering pop hits.