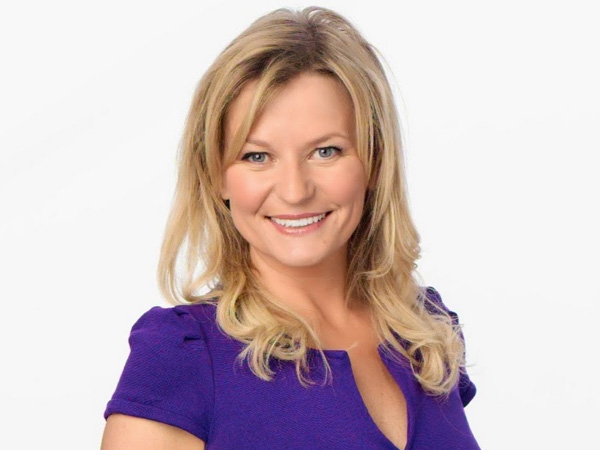 Her knowledge of finance and business, together with her experience as a comedian, also makes Jasmine a perfect facilitator. She has already facilitated conferences in Barcelona, Lisbon and London and recent clients include BT, Sainsbury’s and AXA Investment Managers.

She also regularly hosts Award ceremonies including the Scottish Business awards, Alarm! Awards and ‘The Cherries’.

As an After Dinner Speaker Jasmine talks humorously about finance and business and her style is well-suited to business events where entertainment, and some inside information, is needed.

Her speeches are always tailored to the company and the event and she can include jokes about members of the audience, of whom she has had prior information. Recent clients include BT Worldwide, IBM, AXA Sunlife, Hewlett Packard and EMAP.

“You’re very welcome Jasmine. Thanks so much for everything you have done for the campaign. It’s been a pleasure working with you!” Lauren Sirr, OfGem

Over the next ten years, she reported for seven radio and four TV stations, presented two radio series and gave humorous speeches to large corporations around the country and in Europe. She also wrote weekly columns and features for national newspapers including The Independent and the Today newspaper (remember that?), and several women’s magazines such as Cosmopolitan, Red and Glamour. On the side, she also edited a men’s lifestyle magazine called ‘It’ and wrote her first ten books. Phew!

It was a stint as a reporter for the BBC Business Unit in 1998 that sparked her enthusiasm for financial reporting. Around this time, she had a few Important Thoughts. The first was ‘Goodness, the banks are taking ordinary people for a ride!’ and the second was ‘If only people knew a bit more about money, they could get their own back!’ Suddenly, she’d found her niche: she would become a money writer and broadcaster who would de-mystify money and explain it in a way that normal people could understand.

She wrote money articles for The Independent on Sunday and some women’s magazines as well as reporting/producing for Simply Money TV.

In 2004 Jasmine hit a much wider audience as presenter of BBC One’s ‘Homes under the Hammer’. The cost of finding good housing in the UK is obviously a real hot topic, and this phenomenally popular TV show, focusing on property auctions, cemented Jasmine’s reputation as a top financial journalist.

She also presented ‘Spend, Spend, Spend’ for Grampian TV and ‘First Time Buyers’ for UK Style TV. Next, she appeared on lots more TV shows, from ‘Watchdog’ to ‘This Morning’ and ‘GMTV’, explaining complex money issues for the man and woman in the street. She taught people how to reduce their credit card debt more quickly using the ‘snowballing’ technique, told them what to look for in a mortgage, and advised them on how to make effective complaints when short-changed by big companies.

By 2007 she’d scored several more regular gigs, as financial expert for ‘This Morning’ and ‘The Wright Stuff’. It was about this time that she had another Important Thought: “I’ve learnt loads about money now, so why don’t I put it all on a website so everyone can read it whenever they need to?” Henceforth, Moneymagpie.com was born, a website full of moneysaving and moneymaking tips that attracts many thousands of people each month.

Jasmine remains a tour de force, editing Moneymagpie.com (which now employs 8 people), presenting ‘Save a Family Fortune’, being a financial expert on shows such as You and Yours, PM, Radio 5 Live and Steve Wright in the Afternoon, appearing on Daybreak, The Wright Stuff and The Alan Titchmarsh Show, Live with Gabby and commenting on financial news for BBC News, Channel 4 News, ITN and Sky News.

So far she has written 38 books plus an increasing list of eBooks published on Moneymagpie.com and sold on Kindle.

She is also now in demand for travel writing and reporting. She is on the Sunday Times Travel Panel, writes about travel and finance for Famiy Traveller magazine and is on the Gatwick Passenger Panel, helping the airport improve services. She also writes for VisitEngland.co.uk.

She has promoted a number of charitable messages including the importance of leaving money in your will, on behalf of Marie Curie, and promoting the work of Railway Children.

Most recently of all, she’s created her own Youtube channel, using her expertise in finance to give people around the world both money making and money saving tips and advice.