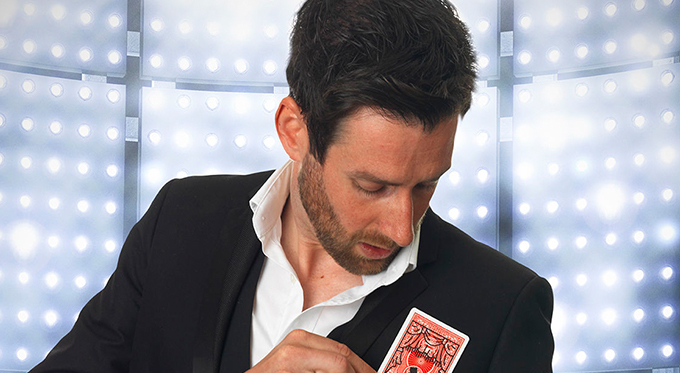 Jamie Raven has been performing magic professionally for 11 years and is best known for coming runner up in Britain’s Got Talent 2015, during which he famously made Simon Cowell say:

“I now actually believe in Magic”

Since the show finished in May of this year, he has announced a 7 and a half week appearance in the West End of London at The Shaftesbury Theatre as part of a show called The Illusionists in which he is headlining, as well as his own nationwide theatre tour in February 2016

He was invited to entertain aboard the inaugural Virgin Atlantic Flight to Detroit, where he performed alongside Sir Richard Branson on the flight and again on stage with him at the Fillmore Theatre.