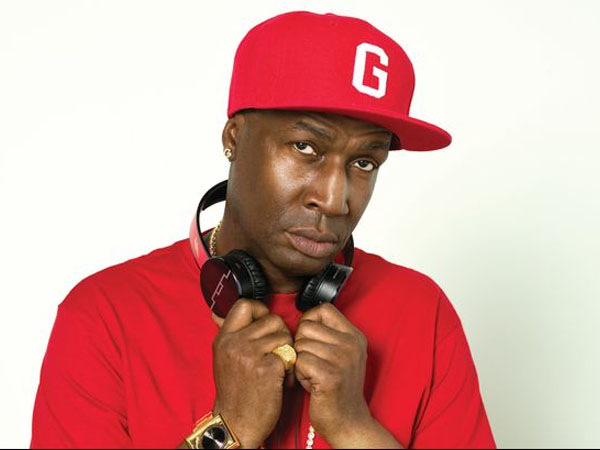 DJ Grandmaster Flash and the furious five was one of hip-hop’s greatest innovators, transcending the genre’s party-music origins to explore the full scope of its lyrical and sonic horizons. Justly labelled a hip-hop icon, Grandmaster developed ground-breaking DJ techniques including “cutting” “back-spinning” and “phasing”.

The rock n’ roll hall of fame also recognized Flash with an honour no one else in hip hop has received. Grandmaster Flash and the Furious Five became the first hip hop group ever inducted into the Rock and Roll Hall of Fame in 2007. He was the first DJ to ever receive that honour and continues to be a global hip-hop ambassador.

For many, Grandmaster Flash is the international face of hip-hop and turntablism around the world, and has been ever since he pioneered the art of mixing. Born Joseph Saddler in New York in 1958, Grandmaster Flash is the man who invented the cue button, plus techniques like backspins, scratching and punches phrasing, thus changing the face of DJing forever. Immortalized by Blondie and feted by the hip hop cognoscenti, Grandmaster Flash is the man who turned the humble record deck into an instrument as potent as the piano or guitar. He was the first DJ to put out a rap record and in ‘Adventures On The Wheels Of Steel,’ he created an aural template that let the world at large into the secrets of the New York ghettos. Years later – on top of no less than 11 studio albums – his biggest selling, multi-platinum hit singles such as ‘White Lines’, ‘The Message’ and ‘Flash To The Beat’ still resonate today.

If Afrika Bambaataa provided the ingredients and Kool Herc a rough method, more than any other, it was Grandmaster Flash who refined the recipe and turned hip hop from a borough’s novelty into a worldwide phenomenon. Proof of all this came in 2007 when Grandmaster Flash and the Furious Five were inducted into the Rock and Roll Hall of Fame, the first ever hip hop or rap artists to be accepted.