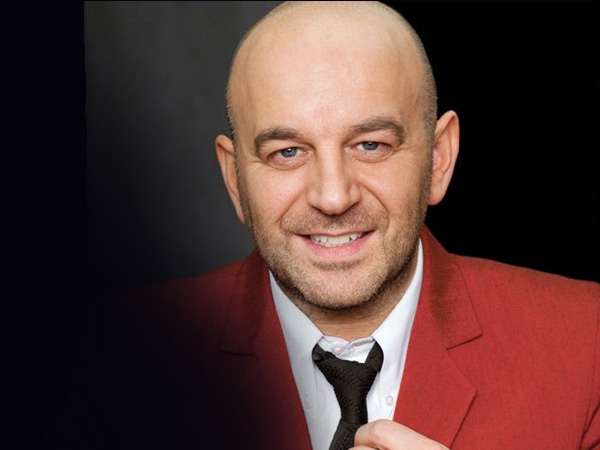 Singer/songwriter and piano-player Elio Pace has thrilled audiences around the world for over twenty-five years with his soulful voice and amazing piano playing.

With his unique blend of pop,rhythm & blues, jazz and rock ’n’ roll, Elio’s song writing has captured the attention and the hearts of music lovers worldwide. Elio and his fantastic dance band of all-star musicians are available for corporate and private events and are bound to bring astounding energy to everybody in the room!

His journey has been littered with magical moments and along the way he has performed with a wonderful array of stars from Queen’s Brian May, Huey Lewis, Katie Melua, Craig David, Albert Lee, Debbie Reynolds, Don McLean, Glen Campbell, Gilbert O’Sullivan, Raul Malo and Martha Reeves to name but a few. He has even played for Hollywood actress Sandra Bullock at her thirtieth birthday party, at which she got up and sung a duet with him.

He appeared live-on-air to millions as the featured artist on BBC Radio 2′s ‘Weekend Wogan’ throughout 2010. This wonderful programme helped firmly place him in the hearts and minds of the station’s listeners, who heard Elio display his skills as a singer, songwriter, piano-player, musical director and arranger. As well as appearing with countless guest artists, Elio performed a record 102 solos, many of which were written by him while others were choice covers by his musical heros such as Billy Joel, Stevie Wonder, Elvis Presley, ABBA and Elton John.

In 2013 and again in 2014, Elio was invited to ‘fill Billy Joel’s shoes’, starring in five very special reunion concerts in the USA with Joel’s original 1971-72 touring band, recreating the historic Sigma Sounds live recordings. Following on from the huge success of these American shows, in March 2014 and fulfilling a life-long ambition, Elio, along with his own magnificent band, embarked upon a 70-date tour of his brand new show, ‘The Billy Joel Songbook’, the UK & Ireland’s first EVER theatre tour of Billy Joel songs.

Elio is currently working on a new album and has commenced histheatre tour of ’The Billy Joel Songbook performed by Elio Pace and his band’.

Elio is one of those rare artists that appeals to all generations. His appearance on BBC’s flagship hit children’s show ‘ZingZillas’ as “the greatest Boogie Woogie player in the land” turned him into a household name… well at least to every CBeebies-loving under five-year-old and their parents! From Elstree Studios to the Queen Elizabeth Hall, Radio 2′s ‘Elvis Forever’ to ‘Proms In The Park’ and from The Bitter End in New York to the BBC Radio Theatre, London and many theatres all over the UK & Ireland, Elio thrills wherever he performs.