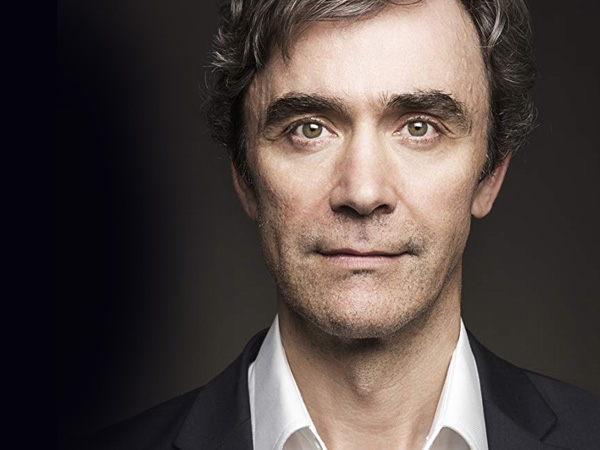 With a background in theatre and television Duncan is equally at home working with a tightly written script, developing his own or improvising ad hoc. A wealth of experience as a presenter, facilitator and host makes him a calm, reassuring presence under pressure. He is happy to participate in rehearsals, share his experience and feedback with speakers, to help make the event a success. Duncan has worked with many of the UK’s most senior executives, building a relaxed rapport with them. He can quickly and incisively get under the skin of their business and understand their industry issues in depth.

On stage he projects an image of genuine warmth, and confidence, which will win over even the most cynical audience member. He is also a successful actor, voice artist, presentation skills trainer and role player.

Duncan Duff was born in Edinburgh and read History at Liverpool University before he trained as an actor at RADA. He has performed at the National Theatre, the Donmar Warehouse and the Royal Court in London, all over the UK and on tour in Europe, India, the Far East and South America with Cheek By Jowl and Theatre Babel.

On television he has been a regular on series such as Lip Service, Lee Nelson’s Well Funny People, The Tudors, Touch of Cloth, Broken News, Big Kids, Hamish Macbeth and River City. Duncan’s film work includes John Landis’s Burke and Hare, Wild Target, Festival, and The Girls, which was nominated for a British Independent Film Award.

O2 SCRUM ON THE BEACH
Live Roadshow with England rugby stars at venues around the country. Live video feed to big screens interviewing England players and involving the public in audience participation.

VODAFONE
Giving presenter-coaching sessions for C.E.O. and the Board of Vodafone UK

VODAFONE
Presenting and linking for 5 live CEO road shows throughout the UK.

CARPHONE WAREHOUSE
Presenter/Host of Board of Directors Road Show. Advisor in rehearsals. Voice of God

CHIVAS
Facilitating a series of workshops as part of a live road show throughout the UK & Scotland. Also Presenter/Host of Board of Directors National Road Show

SONY
Presenter of scripted live presentations for the Press Launch of the Sony Cybershot digital camera in Rhodes.

BARCLAYS BANK
Host of spoof game show, Making The Change, emphasising the importance of structural changes within Barclays to staff.

TNT
Hosting, linking and presenting an international conference in Amsterdam for an audience of over 1,000 people

IMAGINATION FORD AURORA PROJECT
A re-launch of the Ford Primary Brand. The largest project Imagination has ever undertaken. Presented a multi-media show daily to 650 people, both in Berlin and at the Motor Show in Birmingham.