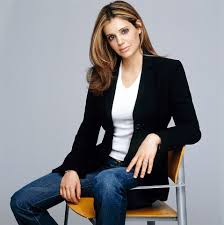 Dr Linda Papadopoulos is one the most well-known and respected Psychologists working in the UK today and her work has informed government policy.

Dr Linda can currently be heard on TalkRADIO where she co-hosts a new show with Dan Wootton called Dan’s Dilemmas with Dr Linda every Sunday 1pm – 4pm, which includes celebrity interviews and discussion about the most pressing issues of the day.

As a regular commentator on psychological issues in broadcast, radio and print media across the UK and US, Dr Linda was part of the original Channel 4 team on the reality TV phenomenon Big Brother and went on to host the Channel 5 shows Doctor Doctor and Double Cross. Linda has fronted factual segments on This Morning, BBC’s The One Show and has also presented programmes and provided professional psychological commentary for numerous American and International television and radio networks including CNN, CBS, Discovery, CNBC, BBC International, VH1 and MTV to name a few.

Dr Linda appeared as the resident psychologist on The Alan Titchmarsh Show for ITV, examining the differences between the male and female minds.

Her philosophy is that feeling good about yourself, your passions and achievements inevitably leads to looking good and most importantly liking who you see in the mirror…