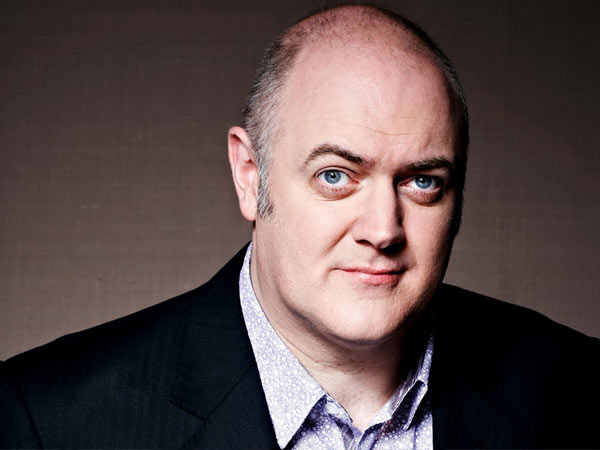 Stand-up Comedian and Presenter Dara is the king of audience interaction he relishes exchanging ultra-rapid quips with members of the audience, and delivers witty and daring anecdotes like no other.

Dara has developed an enormous reputation as host to award ceremonies and corporate events in Britain and Ireland and regularly hosts events as the European Advertising Awards in the Grosvenor Hotel’s Great Room, the Meteor Awards in Dublin, the Empire Film Awards and the BAFTA Video Game Awards.

Best known in the UK for hosting the hugely popular BBC’s Mock the Week since 2005, and in his native Ireland for hosting RTÉ 2’s The Panel.

Dara gained a degree in Mathematical Physics from University College Dublin, which comes in handy whilst presenting many factual television series such as Stargazing Live, School of Hard Sums and Dara O Briain’s Science Club.

Dara started his career in television as a children’s presenter on RTÉ whilst performing his first stand-up gigs on the Irish comedy circuit, he came to prominence as the host of topical panel show Don’t Feed The Gondolas (1998-2000). He had to leave the show midway through its fifth season in order to perform at the Adelaide and Melbourne comedy festivals.

Dara later co-founded the television production company Happy Endings Productions, whose most famous show in Ireland is The Panel (2003-onwards). The show has become one of the most talked about shows in Ireland and was twice nominated for the Best Entertainment show IFTA (Irish Film and Television Award).

His big break in UK television came in 2003 when he became host of BBC2’s Live Floor Show. This led to an appearance as guest and, ultimately, four appearances as guest host of the popular news quiz, Have I Got News For You. By this time he had moved to the UK and was working on the British circuit full-time.

Dara sold out the entire run in Edinburgh in 2002, a feat he was to repeat for the next three years. By 2005, he was the biggest selling solo stand-up comedy show on the Edinburgh Fringe.

Dara’s hosted 15 successful series’ of the comedy panel game Mock the Week for BBC television and was also host of BBC 2’s The Apprentice: You’re Fired.

Other notable television work sees Dara as an integral member of the Three Men in a Boat, alongside Griff Rhys Jones and Rory McGrath. In 2007 Dara also fronted the BBC comedy interview programme Turn Back Time and Dara will be  returning for a seventh season on Stargazing Live with Professor Brian Cox where they will be at the Siding Spring Observatory in the Australian Outback – offering a different view of the stars from in the Northern Hemisphere – for the three new shows, which will air in March.

Dara is also one of the most sought after award show hosts in Britain and regularly hosts The Empire Film Awards and the BAFTA Video Game Awards.

Dara’s first book Tickling the English, proved to be an instant hit, remaining in the charts for nigh on two years after release. Part travelogue, part tour diary, the result is an affectionate, hilarious and often eye-opening journey through the Sceptred Isle.

One of Ireland’s finest comic talents’. – THE GUARDIAN 2015

“These are classy routines, that assume the audience’s intelligence and condescend to no one” – The Guardian

“Worked the stalls like a puppet master” Evening Standard