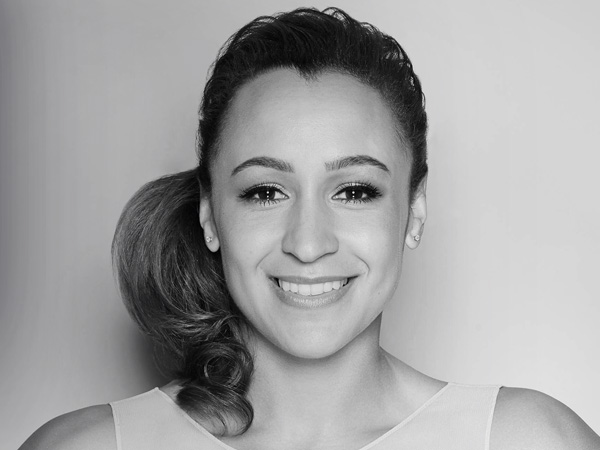 Jessica Ennis-Hill’s defining moment came at the London 2012 Olympics, where she cemented herself into the history books as Olympic Heptathlon Champion.

After becoming a mum in 2014, BBC Sports Personality of the Year winner Jessica returned to athletics a year later. She competed at the World Championships in 2015, winning Gold. Several months later she competed in Rio, Brazil, achieving Silver at the 2016 Olympics.

Jessica is available for interviews and compere-led chats with audience Q&A guests gain an incredible understanding of the determination required to become a world class athlete. Jessica is also available for awards hosting.

Jessica showed great sporting promise in her youth and in 2006, her first year as a senior athlete, she won a bronze medal at the Commonwealth Games in Melbourne, Australia.

In 2007 she broke Olympic Champion Denis Lewis’s Under-23 record for heptathlon and equalled the 25yr old British High Jump Record with 1.95m. Her continued success as a senior heptathlete earned her a place on team GB for the 2008 Olympic Games, a dream that was shattered along with her season as a result of three stress fractures in her ankle.

2009 got off to a good start with training going according to plan and a low key competition in the northern Championships showed her recovery is well on track.

She followed this in May 2009 with a stunning return to heptathlon in Desenzano del Garda, where she set a personal best of 6587, placing her third on the British all time heptathlon records. Her season has progressively seen her set personal bests in most disciplines taking her into the World Championships in the form of her life to win the GOLD medal and become World Champion in Berlin, setting a new overall PB of 6731.

At the World Indoors in Doha in March 2010 she added another world title when she won the pentathlon with the 3rd highest ever score for the event – beating the Olympic Gold, Silver and Bronze medallists too.

In July 2010 she went on to add a further gold medal to her tally when she won a tough battle against the Olympic Champion at the European Championships in Barcelona, scoring a personal best and Championship record of 6823 – just 8 points shy of Denise Lewis’ British Record.

Despite relinquishing her world outdoor gold to Russia’s Tatyana Chernova in 2011 and taking second place at the World Indoor Championships in March, to defending Olympic champion Nataliya Dobrynska. 2012 saw Ennis come out with renewed energy.

In May 2012 Ennis broke Denise Lewis’ 12-year- old British heptathlon record after recording a total of 6906 in Austria.

At the 2012 Olympic Games in London, Jessica Ennis won the ultimate Gold becoming the Olympic Champion in the Heptathlon.

Her 2013 season was cut short with a recurring achilles injury racing only sparingly during the summer.

In 2014 Jessica gave birth to her first child, a son, Reggie Ennis-Hill, and in the winter months returned to training. After a tough early 2015 with injury’s and physical changes from childbirth Jessica defied all odds to win the heptathlon gold medal at the World Championships in Beijing. Several months later she competed in Rio, Brazil, achieving Silver at the 2016 Olympics.

In October 2016 Jessica announced her retirement from athletics.

Jessica is a patron of The Children’s Hospital Charity and Weston Park Hospital Cancer Charity and supports Breakthrough Breast Cancer.