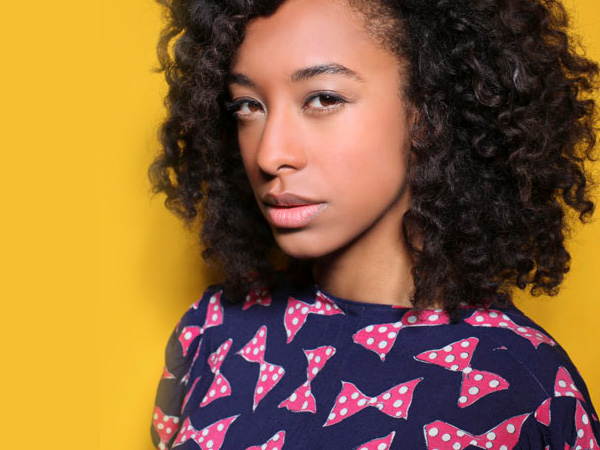 Corinne bailey Rae is a soul rooted contemporary R&B singer and songwriter with multiple top-ten UK&US albums. Hailing from Leeds, England, she released her self-titled debut album debuting at #1 in the UK and #4 in the USA, featuring the global hits “Put Your Records On” and “Like a Star”. It catapulted Corinne into the spotlight with millions of albums sold and earned multiple award nominations, including Grammy® and Brit Awards.

Originally the front-woman of an indie band, Corinne Bailey Rae’s music spans indie, electronic, soul and experimental. She recently performed in Los Angeles for The Grammys’ MusiCares Foundation with Pharrell, The Roots and Leon Bridges.

Corinne’s highly anticipated third studio album ‘The Heart Speaks In Whispers’ (featuring “Been To The Moon” “Stop Where You Are” and “Green Aphrodisiac” was released to critical acclaim garnering 4 and 5 star reviews.

Neo-soul songstress Corinne Bailey Rae was born in Leeds, England, in 1979 to a British mother and West Indian father. Displaying an interest in music from an early age, Rae studied classical violin until she acquired an electric guitar in her early teens. Inspired by such ’90s alt-rock icons as L7, Veruca Salt, and Belly, Rae formed her first band, the all-female indie rock outfit Helen. Despite developing a strong local following, the band ultimately folded and Rae enrolled at Leeds University to study English literature. While at school, a job at a jazz club inspired her more soul-oriented leanings and she began writing songs. Eventually, she scored a record deal with EMI and released her self-titled debut solo album in 2006, which reached number four on the Billboard 200 and earned her three Grammy nominations.

A year later, both an expanded edition of the album and the CD/DVD set Live in London & NY appeared. The recording of The Sea, released in 2010, was heavily affected by the March 2008 death of her husband, Jason Rae (a saxophonist for the Haggis Horns). She followed the Mercury Prize-nominated release with January 2011’s considerably lighter The Love EP, a five-song set that covered songs originally recorded by the likes of Prince, Bob Marley, and Paul McCartney & Wings.

Corinne now returns with the release of ‘Been To The Moon’, the first song from her forthcoming album The Heart Speaks In Whispers, which will be released on May 13th.

Written by Corinne and Steve Brown with Paris and Amber Strother from the LA-based future-soul band KING, and recorded in Capitol Records’ Studio A, ‘Been To The Moon’ is a joyous, vibrant and unique track reflected by the video, shot on the stunning volcanic landscapes of Fuerteventura and directed by Favourite Colour: Black.

The Heart Speaks In Whispers is rich in fresh ideas and full of emotional energy which surges through its songs like electricity. Recorded both at her studio in Leeds, and in Los Angeles, the album is co-produced by Corinne with Steve Brown, her collaborator on her critically acclaimed previous album The Sea.