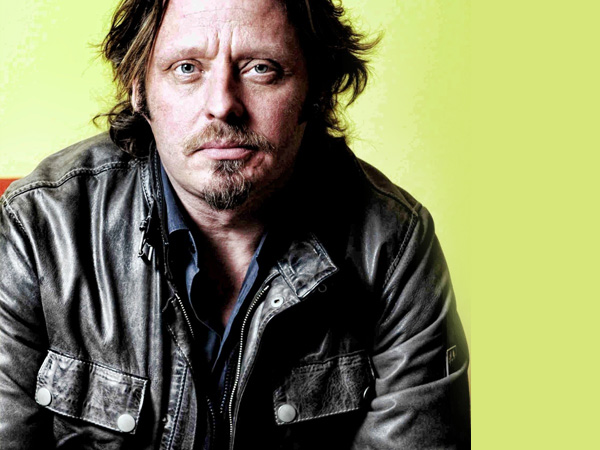 Charley is a modern-day adventurer, travel writer and entertainer. 2017 sees him kick off with a spectacular expedition into South America – with the support of Triumph Motorcycles Chile – an amazing ride in Australia, followed by an incredible riding adventure in Africa.

His charismatic “let’s just do it” approach to challenges has won him over to a massive live event, TV and literary audience; but what most people like about him is his ‘ordinary’ one of the boys’ attitude. Cheeky, energetic, entertaining yet fallible – he’s always fun to be around.  Charlie is a great choice as an inspirational Speaker, or as an engaging and humorous after dinner Speaker.

“Everybody wants to taste some adventure in their lives…” Charlie Boorman

Charlie is also a UNICEF ambassador, and has visited many of their projects during his travels, the majority of which have been integrated into his TV programmes.

Husband to Ollie with two young daughters, Doone and Kinvara, he’s very much a family man. His acting career started as a child. Being the son of the famous film director John Boorman, his career was already mapped out, appearing in the film “Deliverance” in 1972 and many others to follow.

In 1997 he met Ewan McGregor the star of “Train Spotting”, amongst others, who became his co-adventurer and co-star in the Long Way Round and Long Way Down series. In 2004 they took part in “Long Way Round”, a motorcycle trip from London to New York via Europe and Asia, which became an iconic television series, book and DVD.

2006 and Charley competed in the famous Dakar rally which was filmed and then became the “Race to Dakar” TV series. Injuring both his arms during the event meant that he didn’t cross the finish line, however the show continued with Charley becoming team manager on the ground, and getting his team mate Simon Pavey to the end. Race to Dakar became a big hit, both in DVD and book sales.

2007 saw another journey with Ewan which was televised, called “Long Way Down” from John O’Groats in Scotland to Cape Town, SA. Ewan this time brought his wife on to a section of the trip – a controversial state of affairs, but as usual Charley just took it in his stride – “…what it showed everyone is that absolutely anyone can do what we’re doing – even a complete novice. It didn’t sit easy with me at first – but hey, we’ve got families and relationships that we need to consider. It worked out well in the end and showed what could be done.”

2008 Charley went on a solo adventure which has taken him all around the world – “By Any Means”. It began in his home town in county Wicklow and ended in Sydney, Australia. He set out with the intention of making the journey “by any means” of local transport available – a mish mash of boats, bikes, elephants – you name it, Charley used it!

2009 and the second part of by any means took place – but this time having a stronger focus on one of Charley’s loves – motorbikes. Departing from Sydney mid-May, he arrived on Rainbow Bridge in Tokyo in August having travelled the Pacific Rim. An open invitation was issued to any biker who wanted to join him for the first leg up the coast of NSW and over 1500 riders took part!

Charley went on to produce many more adventure travel shows and even came runner up in Celebrity Masterchef in 2014 – certainly a man of many talents! Many of the DVD’s and books have remained best sellers, even now.

Charley and Billy have since presented a second UK and Ireland tour as well as running inspiring adventure motorcycle rides across Australia, South America and Southern Africa with their tour partners Compass Expeditions. Billy Ward, his right-hand man, has worked with Charley all around the world and is a qualified African safari guide.