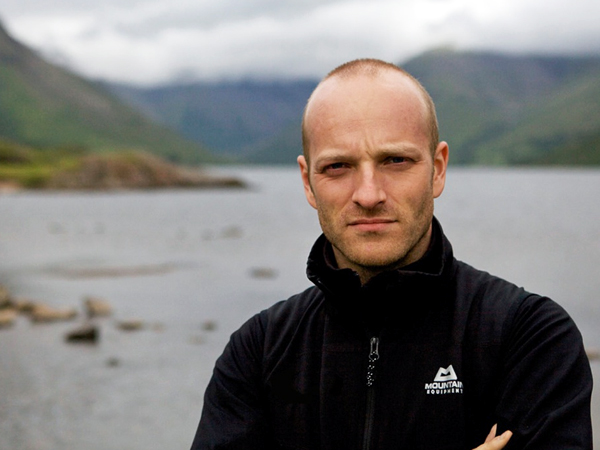 Ben Saunders is one of the world’s leading polar explorers, and a record-breaking long-distance skier who has covered more than 6,000km (3,700 miles) on foot in the Polar Regions since 2001. In 2014 Ben completed The Scott Expedition – the longest human-powered polar journey in history, and the first completion of the expedition that defeated Captain Scott and Sir Ernest Shackleton, a 105-day round-trip from Ross Island on the coast of Antarctica to the South Pole and back again. Ben is also the third person in history to ski solo to the North Pole, and holds the record for the longest solo Arctic journey by a Briton.

Polar explorer Ben Saunders’s incredible feats of endurance challenge conventional wisdom and prove what can be accomplished through ambition, passion, and a refusal to quit. Best known for leading one of the most ambitious polar expeditions in a century, he was the first to successfully complete an epic, 105-day, 1,800-mile trek on foot to the South Pole – equivalent to running 69 marathons back-to-back. Of his expedition he said, “We can all accomplish great feats. If you dream something hard enough, it does indeed come to pass.” He is currently attempting the first solo, unsupported, and unassisted crossing of Antarctica, an expedition he is expected to finish in early 2018. This west-to-east traverse from Berkner Island to the Ross Ice Shelf via the South Pole was planned by Ben’s friend Lt. Col. Henry Worsley, who nearly completed the expedition before falling ill and passing away in hospital in Chile in January 2016. Ben will be dragging a sled behind him, which contains all the equipment and provisions he will need to survive on this two-month long journey in the coldest, windiest, most inhospitable place on earth.

A speaker at the 2005, 2012, and 2014 TED conferences, Ben was labeled “a master story teller” by TED. Believing that “No one else is an authority on your potential” and “Impossible is just someone’s opinion,” Saunders combines the allure and nostalgia of 20th century explorers with the ingenuity of today’s modern adventurers. His presentation takes you to the ends of the Earth and back and showcases spectacular visuals, a commanding stage presence, a winning smile, and funny and relatable stories. He enthralls audiences as he touches on themes including challenging the status quo, pushing past self-imposed limits, the disconnect between ideas and action, communicating with your team, and managing change (the landscapes he travels are in constant flux).

He jokes that he makes a living by dragging heavy things in cold places, but his message is one of inspiration, empowerment, and boundless potential. Saunders has also developed innovative methods that allow him to live blog his adventures, and he is known for his incredible pictures and video.

Ben has five North Pole expeditions under his belt and has accomplished some of the world’s most impressive polar expeditions. He is the youngest person to ski solo to the North Pole and holds the record for the longest solo Arctic journey by a Briton. He also holds the record for the longest human-powered polar journey in history and is the third in history and the youngest by 10 years to reach the North Pole alone and on foot. Since 2001, he has skied more than 3,730 miles (or 142 marathons) in the Polar Regions. A powerful advocate for the natural world, Saunders has seen first-hand the effects of climate change, and his expeditions are raising awareness for sustainable solutions. He has also climbed in the Nepalese Himalayas, worked as an instructor at the John Ridgway School of Adventure, raced bikes at a national level, and run seven marathons and three ultra-marathons.

While not pulling a sled, Ben publishes Avant magazine and has contributed articles on his journeys to a number of publications. He was featured in the 2016 New York Times best-seller TED Talks: The Official Guide to Public Speaking, which was published by TED chief Chris Anderson. In the book, Ben is described by Chris as a “powerful storyteller” with a penchant for surprising audiences.