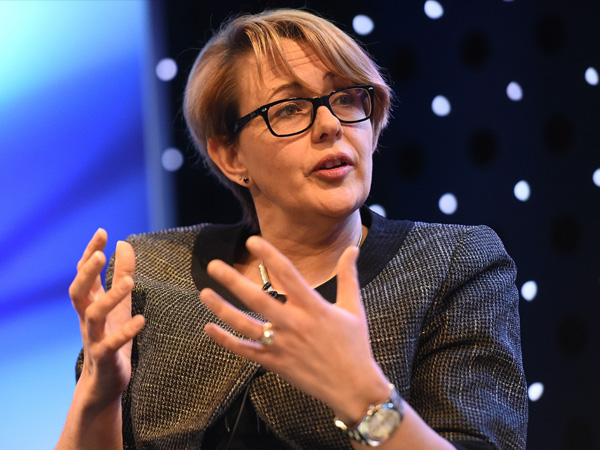 A captivating and inspiring individual Tanni has had a unique and varied career; from her experiences as a Paralympian (winning a fantastic 11 gold, 4 silver and 1 bronze Paralympic medals) to her role as Crossbench Peer in the House of Lords and also in her roles as TV & Radio broadcaster. Tanni’s perspective is communicated through her exceptional motivational speeches which touch on many current and relevant topics from: the importance of planning for success; teamwork; adapting to change; forward-vision and perseverance.

Her knowledge and experience also allows her to coach and mentor companies, groups and individuals to improve their performance and she can tailor her speeches to ensure they deliver the key messages and tone for your conference or event.

Tanni was born in Cardiff, Wales and with supportive parents and an independent streak she was determined to find out for herself what she could and couldn’t do. By the age of 13 Tanni realised that Wheelchair Racing was her sport of choice competing as a junior athlete, and at 17 she became part of the British Wheelchair Racing Squad.

In 1992 Tanni also claimed victory in the London Wheelchair Marathon (the first of six wins) and over her career she added to that 5 gold, 4 silver and 3 bronze medals at World Championships and broke 30 World Records on the track.

Since her retirement, Tanni has continued to be involved in sport and physical activity.  She is chair of UKActive. She is a Board Member of the London Marathon, the Sportsaid Foundation, the Duke of Edinburgh Awards and Join In. In addition to this she is also a Board Member of several organisations including Transport for London, the London Legacy Development Corporation and the London 2017 Organising Committee. She is also Chancellor of Northumbria University.

In 2010 Tanni became an Independent Crossbench Peer in the House of Lords, taking the title Baroness Grey-Thompson of Eaglescliffe in the County of Durham.  As a working peer Tanni uses her experience and knowledge during debates in the House and she has spoken on a range of issues including Disability Rights, Welfare Reform, and of course, Sport.

Her voice and insightful analysis has been a key part of the coverage at a number of events including the London Marathon, World and European Championships, Olympic and Paralympic Games and she has also presented BBC Wales X-ray, Big Welsh Challenge, Land of our Mothers, BBC2’s From the Edge, and also worked for BBC Radio Wales, Five Live, and Radio Tees.

“I have never worked with any other athlete who is as brilliant as Tanni at delivering on a brief.”

“Tanni presented to a room of some 200 Sainsbury’s colleagues. All our colleagues found her stories of her sports career both fascinating and inspiring. Her desire to succeed was obvious and certainly something to think about! Tanni took questions from the audience. Her natural, relaxed style made colleagues feel able to ask many questions across a raft of topics, not least her role on Transport for London.”

“Dame Tanni’s presentation was outstanding. She delivered a talk that met the aims of the conference. The audience were completely engaged and hung on every word. The feedback was positive. They felt Tanni was an inspiration and felt that her comments about sport were easily transferable to education.”