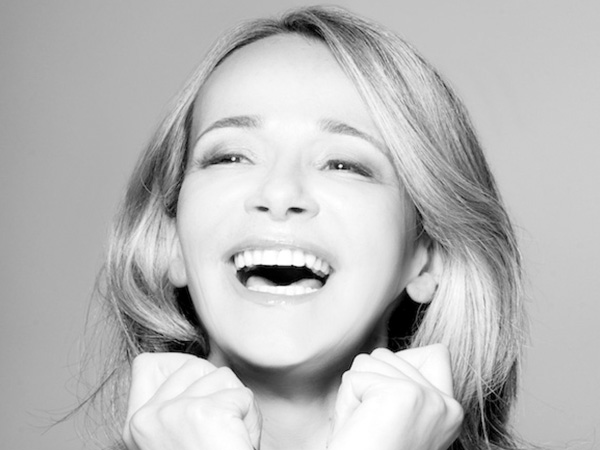 Annie Voller is a dynamic and experienced factual TV presenter, host, broadcaster and news journalist who has appeared on SKY TV, Discovery and Channel 5 reporting on Current Affairs, Health, Science and Technology. Annie’s voice can be heard across a multitude of channels including BBC Radio 4 and 5 Live, where she can be heard commentating on subjects as diverse and complex as World Health, Syria and Culture, to Operation Yewtree and Banking scandals.  It’s this ability to tackle different types of live TV presenting across a range of genres that makes Annie such a valued addition as an events and awards host, EMCEE, moderator and facilitator.

Annie is an utterly infectious in person, with her natural warmth and light handed touch she brings huge confidence and flair to her performance, rarely seen on camera, or in the corporate world.

Read: Annie Voller on how to be a Presenter in our ‘New Normal’

In addition Annie’s TV experience has made her a popular choice for fronting corporate films and digital campaigns that don’t make it into the public domain and previous clients have included EON, The International Maritime Organisation, Marks and Spencer’s, Telecare and Fostercare Associates. She has also worked with a number of NGO’s, Charities and third sector organizations on various on line campaigns as an expert interviewer, host and voice over.

This experience and charm coupled with her gravitas as an interviewer and host has ensured that Annie has made a great splash in the events and corporate world, both here in the UK and Internationally. She is often the first choice to front events and deliver key note speeches in multiple sectors such as

:Health and Pharma International Conferences, Congress, Symposium, Meetings, Plenary and Round table meetings: Technology, Gaming and E Gaming prestigious launches and Conferences : IT and Developer EXPO’s and Congress : Lifestyle and Consumer Shows, and Workshops and other sectors such as ;Banking and ;Financial black tie Award Ceremonies for clients including- GSK, Microsoft, Salesforce,,Sun life Insurance,Wellspect, AstraTec, Cisco, The Haven Breast Cancer Charity and Riot Games amongst others.

And for something completely different – Annie is an expert, curator and commentator on whisky, gin, rum and travel. She was the face of the hugely successful US based TV whisky and drinks show ‘Singlemalted TV’ and one half of The Thirsty Girls where she reported on the very best drams, cocktails, distilleries, discoveries and destinations on the world’s drinks and food map. She also recreates historical drinks and food pairings

Games Ireland Gathering (GIG) is a prestigious annual knowledge sharing conference – An unparalleled opportunity to meet and network with influential games industry and technology leaders from Ireland and overseas. Facilitated the conference ,led the panel and interviewed all the keynotes /CxO’s from: Activision/Blizzard, the BBC, Crytek, DICE/Bioware/EA, Demonware, Glassdoor, Google/YouTube, Groupon, Kabam!, Riot Games, Wargaming, Wizards of the Coast and others.

Testimonial CEO of Riot Games “Annie is lovely. We had a great time and she performed admirably in a short notice scenario. please thank her for being such a great sport.”

Technology. IT, Cloud and Networking

May 2015
Salesforce World Tour (computing and Cloud expo for business, developers,) Excel London
Hosted the prestigious Partner Theatre for the Expo world tour of this international touring event. I interviewed live 13 Speakers from organisations including IBM, Deloitte ,Sage and Accenture amongst others. Led Q and A’s from the audience and hosted some key break out sessions.

January 2015/2016
Cisco Live EMEA Milan (Industry premier education and training event for IT, Networking and communication experts)
Facilitated and hosted the World Of Solutions Theatre, introducing and interviewing selected key industry experts numbering 50 speakers over Four days. There was also a panel and round table interview with the CEO and President of Cisco worldwide which I hosted.

‘Annie was our host and chair for the 1st ‘ I-medical and Technology Conference ‘ She hosted this 2 day event, and led the live broadcast streamed coverage. Annie perfectly balanced the technology and IT alongside the medical audience.

August 2014 and Dec 2014
GSK Worldwide (Pharmaceutical)
Fronted the worldwide launch of four new Respiratory drugs . This included :putting together and fronting the live TV programme which was to be packaged to 80 countries worldwide, Interviewing the GSK President, VP, CEO, hosting the Scientific and Medical key interviews and findings, Linking and reporting to assembled stake holders ,Live panel/plenary interviews with NHS trial Doctors, nurses and medics , Round table discussions with patient forums and trial groups and individuals.

Scientific and medical series of films for patients and multi audience usage.for The Haven.

“Annie was extremely sympathetic to their situation and supported them throughout the process. Ann’s empathy and warm personality immediately reassured the patients, making them feel very at ease during a time that was highly emotional for each of them. Annie was a tremendous support during the project and she was extremely courteous, friendly, and likeable.”