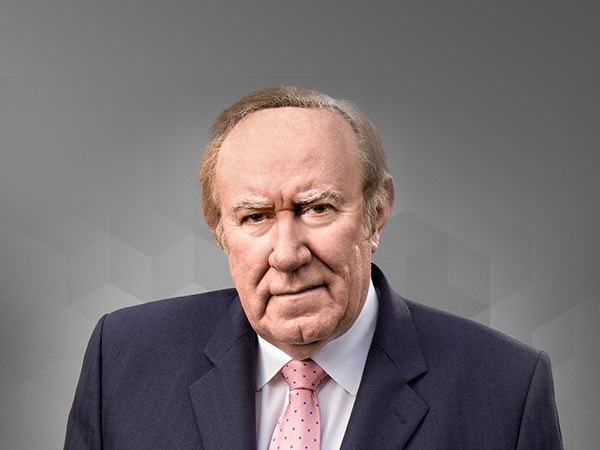 Straight talking political commentator and lead BBC broadcaster, Andrew Neil has been described as the ‘most forensic interviewer in broadcasting’ by The Times.

He is available as an amusing and insightful After Dinner Speaker, Keynote Speaker, Awards Host, Presenter and Conference Facilitator.

Born in Scotland in 1949, Andrew attended Paisley Grammar School and the University of Glasgow, studying economics at the same university where Adam Smith wrote his famous “Wealth of Nations” in the 18th Century.

Graduating in 1971 with an MA (Hons) in Political Economy and Political Science, his first job was in Westminster as a political researcher specialising in Housing Policy for the Heath Government.

He moved into journalism in 1973 and never left. During his career he has been UK Editor of the Economist, Editor of the Sunday Times, Executive Chairman of Sky Television and Publisher of The Scotsman Group of newspapers in Edinburgh.

He has been a Westminster lobby correspondent, a White House correspondent and a Wall Street editor. He even presented Tomorrow’s World for a time in the late 70s!

In addition to the programmes he presents for the BBC he is currently chairman of various companies, including The Spectator Magazine Group in London, ITP Magazines in the Gulf and World Media Rights (London), which makes historical TV documentaries for the global market.

Andrew is a Fellow of the Royal Society for Arts, Manufactures and Commerce (FRSA). In the autumn of 1999 he was elected Lord Rector of the University of St Andrews, one of the oldest and most distinguished universities in the world. On stepping down from that post in the autumn of 2002 he was made a Doctor of Laws by the university.