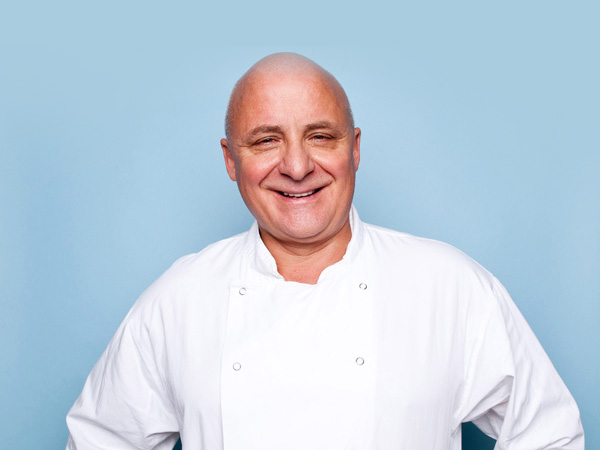 An award-winning celebrity chef and restaurateur Aldo specialises in Italian, vegetarian and seafood cuisine. One of nine children, he was born in the central Italian region of Abruzzo and first learnt Italian home cooking from his mother, before going to catering college. Founder and chef-patron of some of London’s most exciting and innovative restaurants, Signor Zilli, Zilli Green, Zilli Café and Zilli Bar and his Italian seafood restaurant, Zilli Fish, which was a Soho institution for over 15 years until March 2012 when Aldo decided to hang up the chef’s whites and embark on other ventures. Aldo is currently executive consultant chef to San Carlo Group.

Aldo has written 10 books including two autobiographies, ‘Being Zilli’, and ‘My Italian Country Childhood’, as well as various cookery books.  ‘Fresh & Green: over 100 new exciting vegetarian recipes’ was featured in the Telegraph’s Top Ten Cookery Books 2012.

He has written for many publications including The Sun, and currently writes a weekly column for the Daily Express Saturday magazine and presents a bi-weekly show on Soho Radio.

Great food and Aldo’s exuberant personality means he appears regularly on television and radio both as presenter and chef.  His extensive credits include Who’s Doing The Dishes?, Ready Steady Cook, Daily Cooks Challenge, The Alan Titchmarsh Show, This Morning, Lorraine, and Daybreak for ITV, Put Your Menu Where Your Mouth Is, and Country Show Cook Off for BBC2, Step up to the Plate, Eating in the Sun, Sunday Life, and The One Show for BBC1, Channel 5’s Family Recipe, UKTV’s Market Kitchen, BBC3’s The Real Hustle, and his own primetime ITV documentary Home Is Where Aldo and fellow chef Enzo Oliveri embarked on a culinary journey across Sicily for the Good Food Channel.  They have recently completed a second series of Sicily with Aldo and Enzo, for broadcast in 2016.

He captivated the nation with his performances on ITV’s Celebrity X Factor, making it through to the later stages of the competition, and also gained a huge following on Celebrity Fit Club, where he showcased his dynamic personality and led his team to victory, gaining a new slender figure in the process and sparking a passion for health and fitness, which he still has today.

Aldo has worked with many brands, including Thomson Airways and Philadelphia, and had a hugely successful TV ad campaign with Kellogg’s Optivita.  His consultancy work includes that with Italian restaurant chain Prezzo in 2011, where his award winning VIPizza proved extremely successful and led him to collaborate with M Kitchen at Morrisons supermarket nationwide. More recently he has designed a meal for Italian takeaway chain Firezza in 2015-2016, and in 2016 he became the brand ambassador for CocoPacific raw virgin coconut oil.

Aldo has been a strong supporter of a number of charities over the years and is currently Patron for the charity Bowel Cancer UK.