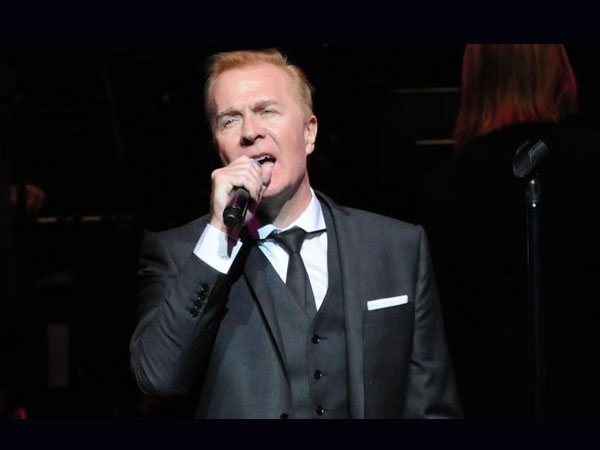 One of the most popular new wave bands of the early ’80s, the British group ABC built upon the detached, synthesized R&B pop of David Bowie and Roxy Music, adding a self-conscious, campy sense of theatrics and style. Under the direction of vocalist Martin Fry, the group scored several catchy, synth-driven dance-pop hits in the early ’80s, including “Poison Arrow,” “Look of Love,” and “Be near me.”

ABC formed in 1980, after Fry interviewed Vice Versa members Mark White (guitar) and Stephen Singleton (saxophone) for his fanzine whilst in Sheffield University. The two musicians asked Fry to join their band as a vocalist, and he soon became part of the group; the lineup also featured drummer David Robinson and bassist Mark Lickley.

The Lexicon of Love Soon, Fry had taken control of the electronic band, steering them in a more pop-oriented direction and renaming the group ABC. By the fall of 1981, the band had signed a record contract with Phonogram Records, which agreed to distribute ABC’s own label, Neutron. ABC released their first single, “Tears Are Not Enough,” in November; it peaked at number 19 on the U.K. charts. Before they recorded their second single, Robinson left the band and was replaced by David Palmer in early 1982. Two singles, “Poison Arrow” and “The Look of Love,” became British Top Ten hits in the spring, paving the way for their debut album, The Lexicon of Love, to enter the charts at number one. “All of My Heart” also became a Top Ten hit in the fall of 1982.

Beauty Stab Toward the end of 1982, the group began concentrating on the United States. Their American success was helped greatly by the fledgling MTV network, which aired videos for “The Look of Love” and “Poison Arrow” frequently, making both singles Top 25 hits in the spring of 1983. Palmer left the band in the summer of 1983, as ABC were recording their second album. Featuring a harder, rock sound driven by guitars rather than keyboards, Beauty Stab was released late in 1983. Supported by the number 18 single “That Was Then But This Is Now,” the album didn’t perform as well as the debut, peaking at number 12; the record was also a commercial disappointment in the U.S. Late in 1984, ABC — now consisting solely of Fry and White augmented by various session musicians — released “(How to Be A) Millionaire,” which failed to put a halt to their commercial slide. Following its release, the duo moved to New York, where they added David Yarritu and Eden to the group; neither member could play or sing — they were added for the visual effect.

How to Be a… Zillionaire! Released at the beginning of 1985, the light, catchy “Be Near Me” became a hit single in Britain, climbing to number 26. Due to the single’s success, How to Be a…Zillionaire! became a Top 30 hit in both the U.K. and U.S. “Be Near Me” was released as a U.S. single toward the end of 1985 and it became the group’s first American Top Ten hit

In the summer of 1987, ABC released “When Smokey Sings,” which was a major hit, reaching number five in the U.S. and number 11 in the U.K. Alphabet City followed that fall, peaking at number seven in the U.K. and number 48 in the U.S. Two years later, they released Up, which only charted in the U.K. Absolutely, a greatest-hits collection, made it into the British Top Ten upon its release in 1990