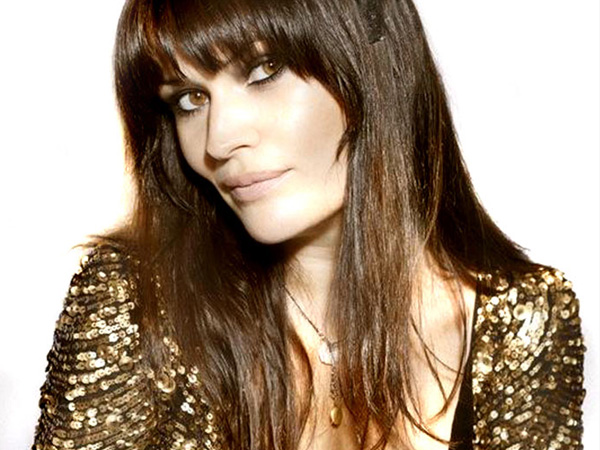 Combining her love for music and fashion, DJ Marie Claire has played at some of the most legendary A-list parties including London Fashion Week, Calvin Klein, Ralph Lauren, Diesel, Cartier Polo and private parties for Jay-Z, Rhianna, Kanye West and Leonardo DiCaprio.

Each event is different and Marie Claire has the ability to impressively adapt to any crowd. Fusing elements of classic soul, rock, hip-hop, pop and binding it all together with house music, her dynamic, floor-filling set is sure to be the perfect addition to your event.

With a name like Marie-Claire, becoming a fashion model would seem the obvious career path, but during those years of treading the runways of London, Milan, New York and Paris her first love, music, kept drawing her back. The combination of classical musical training, striking beauty and a vivacious character make DJ Marie Claire a formidable package.

Marie Claire first learned to DJ at the young age of 16 during the UK’s infamous underground house scene, and spent her summer holidays scouring record shops for rare vinyl while bemused shop assistants and customers looked on. But when her modelling career took flight, the music took a back seat until she moved in with one of London’s most infamous DJs, drag queen Jodie Harsh. Harsh re-ignited her passion and after taking a residency alongside Jodie in her legendary Circus club, Marie Claire was soon spinning with everyone from William Orbit, The Scissor Sisters, Kelly Osbourne, to club kid spokeswoman Amanda Lepore.

Residencies at London’s most elite clubs soon followed, with numerous parties for Agent Provocateur, Bungalow 8, Samantha Ronson, The Pussycat Dolls, and a couple of British Royal Princes to name a few. To date, Marie Claire has continued to combine her love of fashion and music and has played at some of the most legendary parties around including London Fashion Week, Calvin Klein, Ralph Lauren, Diesel, Cartier Polo and private parties for Jay-Z, Rhianna, Kanye West and Leonardo DiCaprio. Marie Claire’s motto of making the crowd feel sexy, combined with her energy make her a must have name on all party fixture lists. Fusing elements from classic soul, rock, hip-hop, pop and binding it all together with house music gives her the ability to adapt to any crowd.

Currently, Marie Claire’s residencies are the cream of the London nightlife scene including Maddox, Whisky Mist and Jalouse. International residencies take her to some of the most glamorous destinations around the world including Sharm El Shiekh (Pacha), Zurich (Jade), New Delhi (Jynxxx), Abu Dhabi (Etoiles), Vegas (Bank), LA (Teddys), Moscow (Pacha) and opening for Tiesto in Brazil, to name but a few.

A recent move into production means that Marie Claire is soon putting her personal stamp on her favourite music to add a further element to her set, having previously released an album under Hed Kandi for their World Series collection.

With a combination of beauty, intelligence, business savvy and music ability it is no wonder Marie Claire has taken the DJ world by storm.